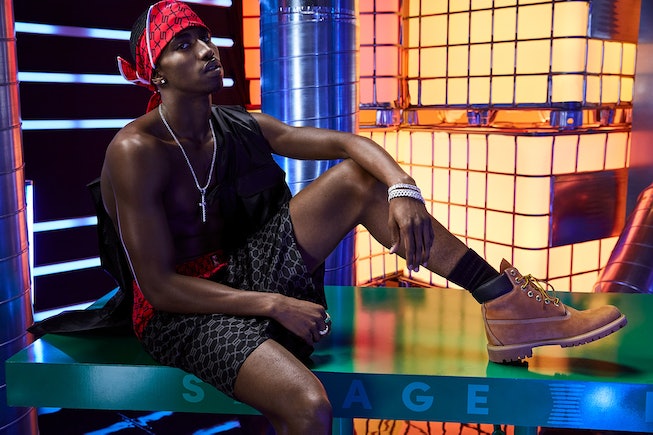 Rihanna's Savage x Fenty lingerie brand is officially making something for the guys. The brand announced its first men's collection in partnership with Christian Combs, set to debut on October 2.

The son of Sean "Diddy" Combs originally met Rihanna when he was just 11 and asked for the singer's number at his father's New Year's Eve party. The then-tween Combs put the number to good use and texted Rihanna who, to his surprise, responded. The two have worked together on Savage X Fenty before, with Combs serving as an ambassador for the brand in 2019, which has led to the partnership on the menswear line.

"I wanted to create menswear styles that everyone can wear" said Rihanna in an official statement. "And after Christian did such a great job at the 2019 fashion show wearing men's, I knew we had to have him as a collaborator."

The men's collection is just as bold as its women's counterpart, featuring pieces like a smoking jacket and satin pants, along with boxers and briefs. And yes, it's Diddy-approved.

"He really loved the robe, so that's when I knew we were really on to something," Combs told GQ.

The collection will launch alongside another Savage X Fenty spectacle on Amazon that Combs teased would be as huge as you'd expect.

"Fasten your seat belts, get some popcorn, and get to the TV for some amazingness. It's gonna be sexy," he said. "A lot of special guests — and King Combs at the climax."

Prices for the new collection range from $12.92 to $69.95, and the pieces will be available on the Savage X Fenty website. Get a preview of the upcoming drop, below.