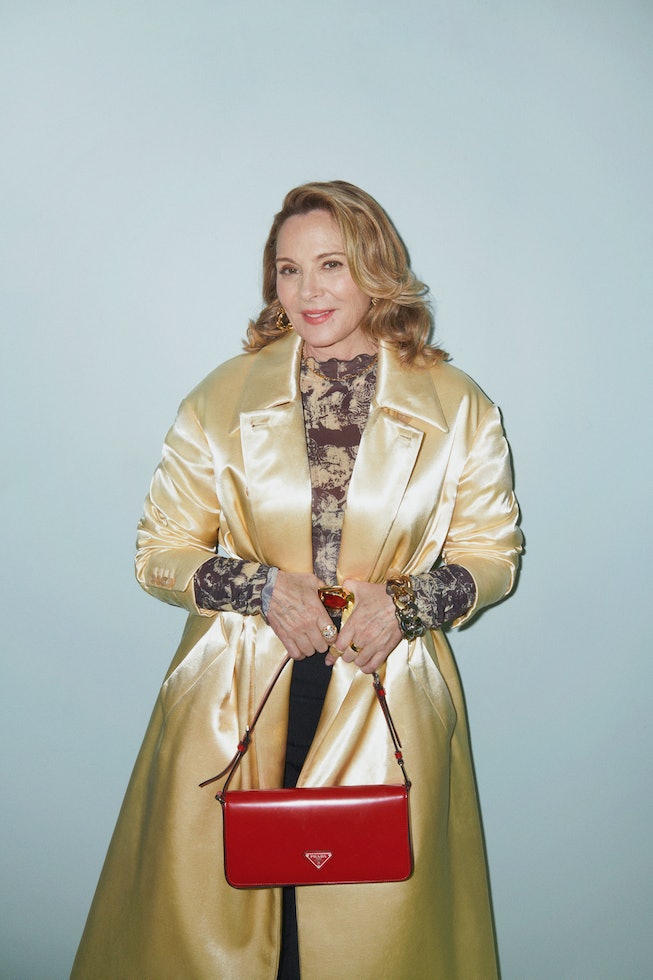 The new campaign, titled #YourChoiceYourFarfetch, celebrates not only our personal style, but also the endless possibilities when it comes to our very own wardrobes. Following the brand’s The Art of Choice project with Magnum Photos back in September, the latest campaign continues to explore how style is often interpreted, mainly through a global lens and inspired by pop culture references.

In a series of newly released images, Farfetch follows its stars as they channel their own favorite references in the campaign, spotlighting the personal choices its customers face every day while browsing the site. In her photos, the Sex and the City alumna is seen going for her signature chic aesthetic, opting for coveted pieces like a golden trench coat and a peplum statement blouse. Joining Cattrall are musicians Steve Lacy and María Isabel, plus actor Josh Hartnett, as they’re seen wearing spring-ready items from Y2K-inspired silhouettes like micro-mini skirts to bubblegum pink vests and more.

Farfetch’s #YourChoiceYourFarfetch marks the first brand campaign developed by its new Creative Director Yannis Henrion. When talking about Cattrall, who’s widely known for her role as Samantha Jones in the OG Sex and the City series, Henrion said in a recent interview with WWD, “Kim is truly an icon, not only because of her style choices but because of who she is as a person — she is real. A true pop icon, no explanation needed.”

Starting on Wednesday, the #YourChoiceYourFarfetch campaign is set to launch globally and in the U.S. — specifically in cities like Miami, Los Angeles, and Houston. The campaign will also be featured globally by Farfetch’s community across social media, including TikTok creators and Instagram curator accounts referencing their favorite style icons, on top of the release of its very first branded GIFs and interactive stickers.

See the rest of the #YourChoiceYourFarFetch campaign starring Josh Hartnett, Steve Lacy, and María Isabel, below.