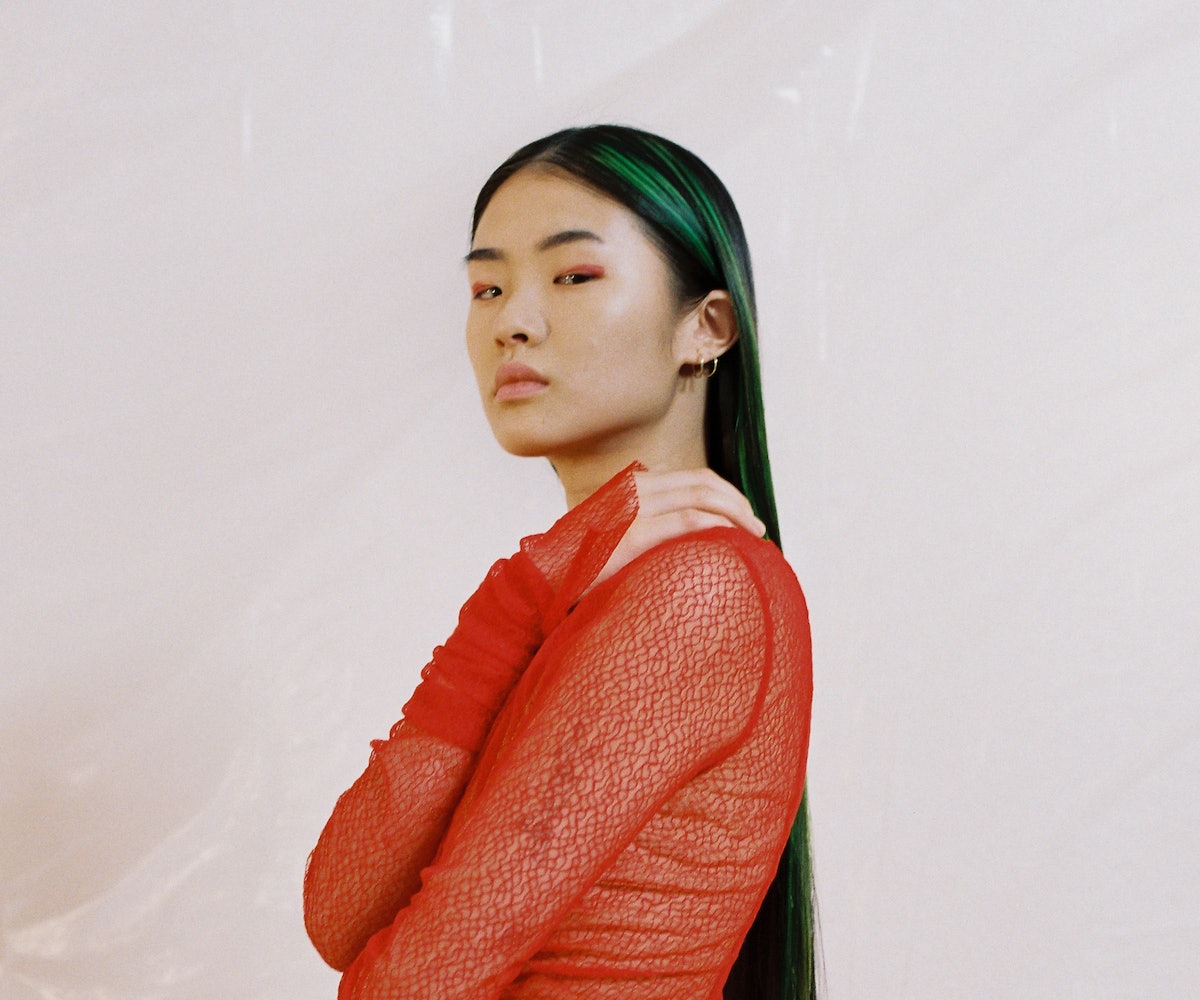 Copenhagen Fashion Week kicked off in August with its Spring 2022 shows and Ganni celebrated with a four-day digital experience, ending with the grand finale of its latest collection.

When designing for Fall 2021, which debuted back in February, Ganni’s creative director Ditte Reffstrup turned to music, which she listened to a lot while in lockdown, like the rest of the world, to help boost her mood and stir inspiration. This time around, for Spring 2022, she wanted to create a collection that’s “an antidote to locking down and staying home.” Going-out fashion in bright colors, like tomato red and hot pink, slinky dresses meant for the dance floor, and easy, chunky footwear (loafers and clogs) to throw on as you run out the door.

“Personally, I used the lockdown to look inwards. I know many people did that — thinking about what makes us feel good, what we miss from before and what we don’t want in our lives anymore,” states Reffstrup in the show notes. “The collection is about saying ‘yes’ to what feels right, saying ‘yes’ to yourself. It’s about loving yourself, expressing yourself and being happy with who you are.”

For the runway show, music still played an important role for Reffstrup, as she turned to Berlin DJ (and longtime collaborator) Mobilegirl to help create the ambience for the runway event with a bass-pumping, toe-tapping soundtrack. “My love for music comes from deep inside. When I put on a track, it can take me to a different place; give me a sense of energy, a kick,” Reffstrup tells NYLON. “That’s why the show soundtrack is so important to me. It creates this high energy experience when seeing the models walking, that gets your emotions going.”

Reffstrup and Mobilegirl have partnered for Ganni’s show music before, as early as the Danish brand’s Fall 2020 show. Reffstrup says she admires Mobilegirl’s eclectic and futuristic approach to music by bending and mixing genres, like an early-2000s R&B track with more experimental sounds, or a classic track with an unexpected twist. “It’s very much like what we do at Ganni when coming up with new collections,” she notes.

Below, Mobilegirl breaks down the songs she used for Ganni’s Spring 2022 runway show, her creative process behind creating the soundtrack, fashion trends she’s loving right now, and more.

When did you start collaborating with Ganni and what is that creative relationship like?

The first time I worked with Ganni was for the Fall 2020 show. I’m in exchange with the creative team and with Ditte and it’s quite straightforward. It’s really a collaboration. We discuss the concept and since, for some reason, they trust me, it’s usually quite a fast process from there.

What was your inspiration for the Ganni show soundtrack this season?

It’s very influenced by what Ditte and Frederik [Bjerregaard, co-founder of Moon, Ganni’s creative agency,] used to listen to. I have a lot of respect for the thought and effort that goes into this kind of show and the meaning it carries, so it should fully be in line with the ideas of Ganni and the team behind it. This time it’s about a celebration and letting go — represented by some ‘90s classics.

What is your creative process behind making the soundtrack?

I like working within a frame of a broader concept — where everything has to fit together. So that’s usually the starting point. Then it’s about finding a way to create a small journey with the music. I usually throw all the tracks that feel like a right fit into one folder and then build an arc.

How would you describe your personal style right now? Any pieces or trends that you’re loving?

Which artists or songs have caught your attention recently?

I can't wait for Tirzah’s new release this fall.

NEXT UP
Fashion
The Wildest Front-Row Looks From Couture Week In Paris
Fashion
Apple Martin Is A Chanel Girl Now
Entertainment
Samia On 'Honey' & Saying The Ugly Part Out Loud
Entertainment
Gracie Abrams & Gia Coppola On The Joy Of Free-Flowing Collaboration
Style + Culture, delivered straight to your inbox.