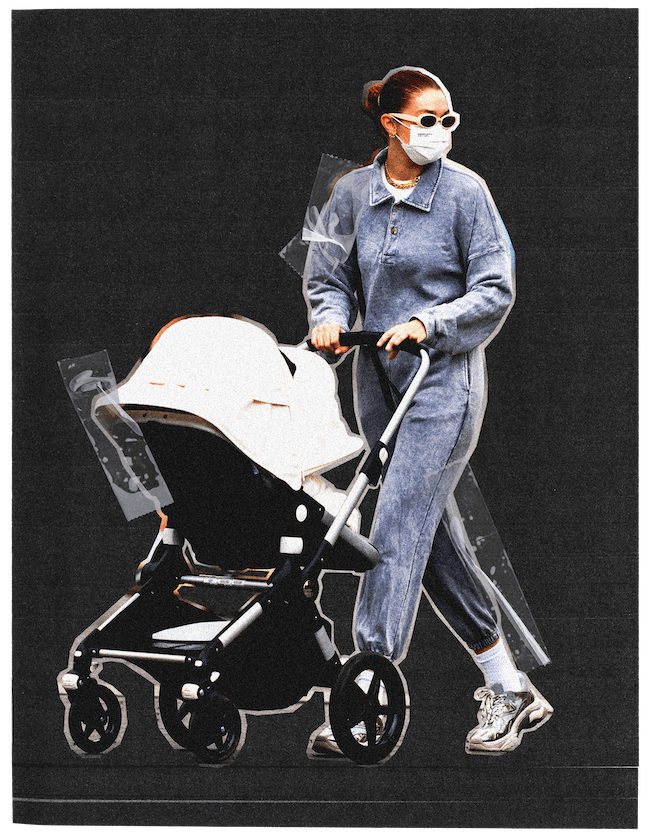 Gigi Hadid is a busy woman. She’s a working model, new mom, and Instagram-famous chef. Like Steve Jobs, Barack Obama, and Karl Lagerfeld, Hadid knows the importance of a reliable everyday uniform in order to lead a successful and productive life.

When she’s not shooting for Vogue or filming a runway show for Versace, the 26-year-old model can be seen all over the streets of New York wearing, almost without fail, a matching set. Lest we forget that she even announced her pregnancy while wearing one.

From walking baby Khai in the celebrity-approved cashmere duo from Public Habit to the (now-sold out) Isa Boulder flared pant set she wore to celebrate her birthday, there is no wrong time to wear the Hadid staple. The materials, brands, and accessories may change, but her current favorite uniform remains the same.

Below, check out some of her latest matching sets, and shop them (or very similar styles) for yourself.

Gigi Hadid doesn’t care if it’s the end of April. She’ll wear tall UGGs and a full sweatsuit if she wants to.

Hadid celebrated her 26th birthday with friends, family, and a knit Isa Boulder set. Her designer set is sold out, but luckily, there are plenty of knitted co-ord options to shop right now.

As the weather heats up, Hadid opted for a lilac biker short set from Madhappy, as seen on one of her daily baby walks in New York.

The model stood out in a bright yellow polo set from Amiss Conceptions’ unisex collection.

Hadid’s washed-out set from Emory Park is a more subtle, stylish alternative to the trendy tie-dye sweats that have become a popular option over the past year.

Hadid and Hailey Bieber both love this flared cashmere set from Public Habit.

Distressed details don’t always need to be seen on denim. Hadid’s cashmere set from Barrie gives the illusion of ripped jeans and we found another option from distressed-details expert Helmut Lang, too.