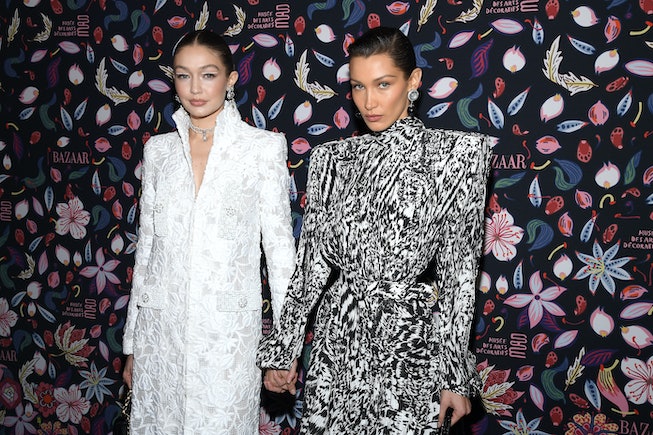 Even the Hadid women love a matching shorts set moment for the summer. Bella Hadid has apparently fled her family's Pennsylvania farm and was recently photographed back in New York wearing a look from The Mayfair Group, including a pair of their baggy green shorts and oversized crew sweatshirt. She even coordinated her mask to her white crop top, because safety first.

Gigi Hadid has taken a slightly different approach to her summer styling. The model, who is expecting her first child in September, is shying away from typical maternity wear and, unsurprisingly, still staying fashion-forward. While Hadid has been quiet about her pregnancy since she announced that she was expecting back in May, she briefly revealed her growing baby bump on a recent Instagram Live, where she wore a green checkered shorts set by Holiday the Label.

The fanfare over Gigi's look has prompted the Australian brand to release a second pre-order for the set, so if you're looking to grab the set, now's your last chance. Though, you won't be able to sport the looks in any summer 'grams — the upcoming batch of the checkered pajamas will ship out in September.

Check out Bella and Gigi's recent looks and then shop them for yourself, below.