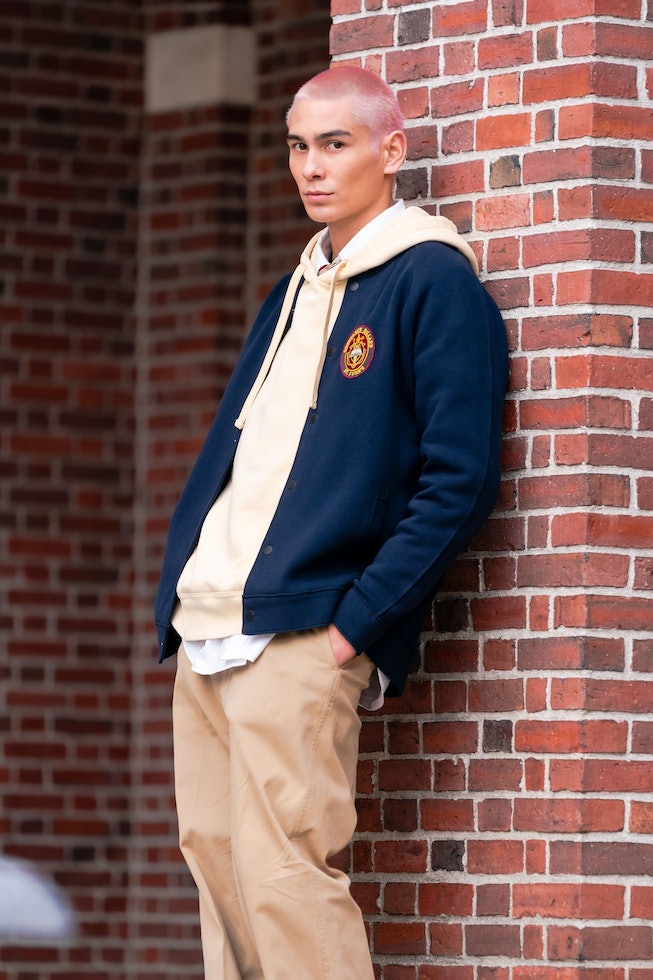 Evan Mock hasn’t even made his formal Gossip Girl debut, but he’s already on his way to being fashion’s “It” Boy. With a slew of campaigns under his belt, Mock is taking on design, as he teamed up with surf and skate label RVCA for a three-part collaboration of ready-to-wear capsule collections.

“RVCA low-key was always the company I wanted to ride for because it was such a family affair,” Mock said in an official statement. “[Founder Pat Tenore] just gets it, and everyone at RVCA accomplished everything I wanted for the collection. I feel so happy to have my name attached to it. It's very rare. This is a special one.”

The collections, which nod to Mock’s Hawaiian heritage, will release through the summer and fall of 2021, with each drop representing a different time of day. The morning collection is out now, focusing on the classic Hawaiian checkered print Palaka, and set to be followed by noon and night collections.

“From the start of doing the collection I immediately thought of Hawaii and then I thought of family,” added Mock, who also had his father and sister’s brands — Steve Mock’s Island Fin Design and Slowtide Towels, respectively — included in the collections.

Check out photos of Mock and his new collab, below, and shop the first drop on RVCA’s website now.