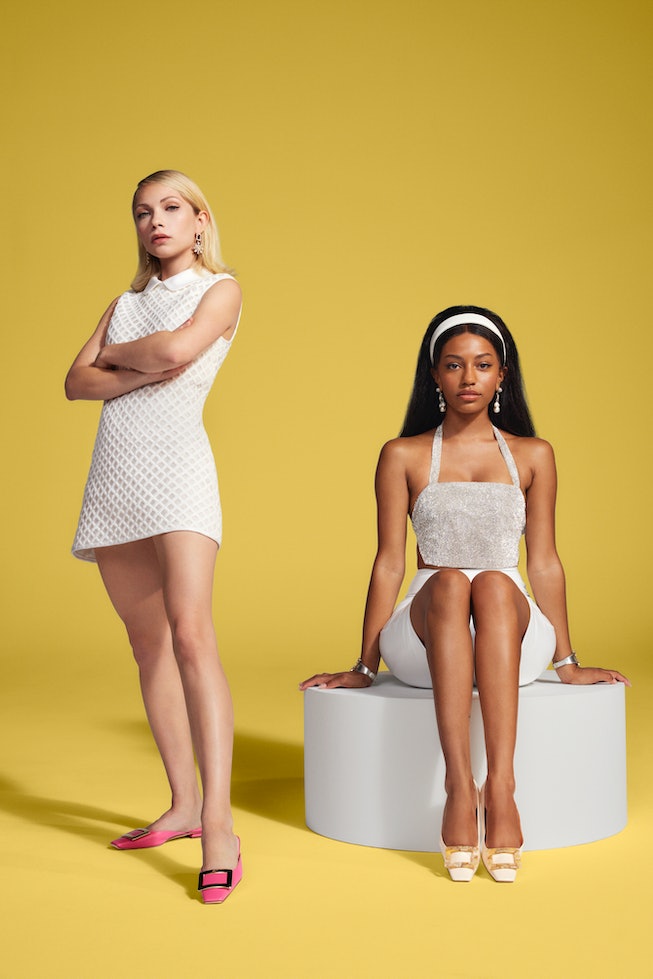 “Spanning the decade-long style bridge from the original Gossip Girl to keeping it current with Gossip Girl 2.0, Roger Vivier is a constant source of inspiration,” said Daman in an official statement. “Fusing the past and the present, Vivier was parfait for Blair Waldorf and equally exquisite adorning les petit pieds of Monet De Haan and Kate Keller. Teaming with Vivier for a modern-day ‘60s inspired shoot starring Tavi and Savannah was a dream come true.”

“I loved seeing what the team at Roger Vivier and Eric had in store for this shoot, they drew on so many references that I hold dear. Savannah and I just got to hang out and geek out over each other's looks all day,” Gevinson said in an official statement.

Added Smith, “Working with Roger Vivier was absolutely a dream. This project had such a clear vision and aesthetic that brought fun and life to the set. Since the vibe was ‘60’s mod, it was really fun to work with Eric on such a stylized project. It was also really cool to step into a character that was driven by the clothes and accessories.” (Though, we must admit that Smith’s Monet de Haan has a knack for fashion, too.)

Lensed by New York-based photographer Heather Hazzan, Roger Vivier’s campaign will be on view digitally, as well as (spotted) on the streets of New York via the brand’s first “wild posting” activation. You can check out the Gossip Girl stars in the official campaign images, below.

NEXT UP
Fashion
Jenna Ortega Is The Face Of Adidas’ Newest Line
Culture
Phoebe Dynevor Will Not Return for Bridgerton Season 3
Fashion
Apple Martin Is A Chanel Girl Now
Fashion
The Wildest Front-Row Looks From Couture Week In Paris
Style + Culture, delivered straight to your inbox.