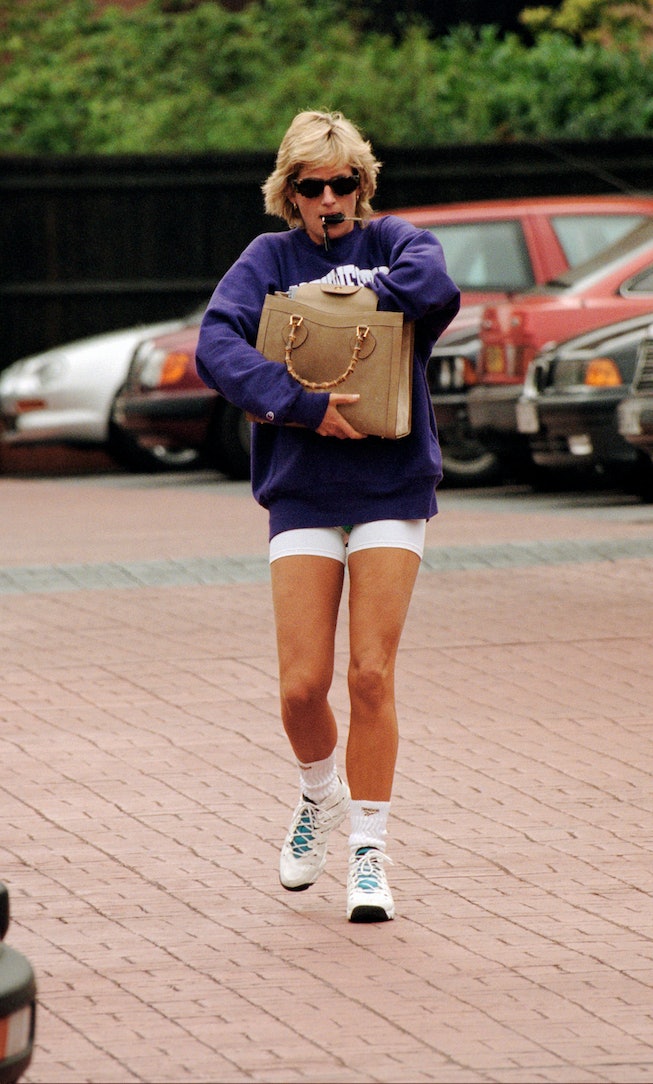 Gucci is fulfilling our fashion nostalgia needs with its latest launch, the “Diana,” a tribute to the Princess herself and her favorite handbag.

The ‘90s-era tote bag, famous for its wooden bamboo-shaped handles and structured silhouette, first came onto the scene in 1991 and was spotted nearly everywhere with Princess Di, from fancy public appearances to running errands in her signature athleisure-style uniform.

Now, three decades later, Creative Director Alessandro Michele reimagined the throwback accessory in bright, timeless colorways and three different sizes — from medium to, of course, a mini version. Michele also included two neon buckled belts with each bag, which, when the style first launched, were originally bands that were used to help keep the handles’ shape.

The bag is already making its way into the wardrobes of some of today’s most stylish celebrities, including Sienna Miller, Alexa Chung, Jodie Turner-Smith, and Elle Fanning. Plus, Michele took inspiration from the handbag’s history of being photographed on the streets for its campaign. Photographed by Angelo Pennetta, models are captured toting around the new bag as they leave the The Savoy hotel in London, a spot frequently visited by the late Princess Diana, as well.

Shop the new Diana collection on Gucci’s website now, and see the brand’s latest campaign, below.