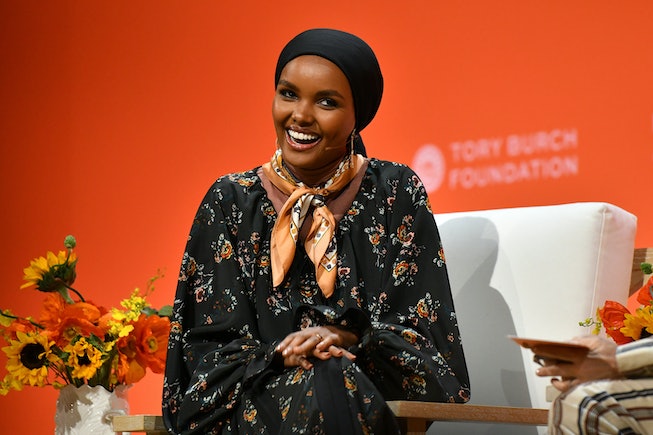 Halima Aden has announced that she's making some changes to her career. Last week, the model posted a series of Instagram Stories revealing that she's quitting runway modeling and will only participate in shoots that fully align with her Muslim beliefs.

"They could call me tomorrow and not even for $10 million would I ever risk compromising my hijab ever again," she wrote, adding that she would no longer take part in runway shows or fashion months, saying, "that's where all the bad energy came from."

Aden has previously been in campaigns for American Eagle and editorials for Glamour, both of which she now regrets.

"Why did I allow them to put jeans on my head when at the time I had only ever worn skirts and long dresses?" she wrote alongside an image from her American Eagle campaign. "I used to justify a LOT. As if we ever needed these brands to represent Hijabis... I was just so desperate back then for any 'representation' that I lost touch with who I was."

Aden explained that she made the decision to take a different approach to her career after she had time to reflect while in lockdown over the past months. She pointed to her first-ever campaign with Fenty Beauty as how she hopes to represent herself in the future.

"This was my 1st ever fashion campaign & it was thanks to @badgalriri," she said. "Sis let me wear the HIJAB I brought to set. This is the girl I'm returning to. The real HALIMA."