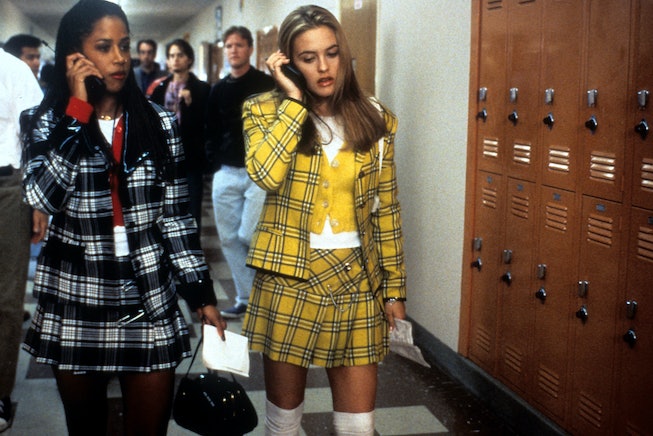 Harry Styles’ 2021 Gucci Grammys look was full of influences, some more subtle than others. The singer’s own stylist Harry Lambert credited David Bowie and Marc Bolan as influences for the plaid-and-boa look, but Alicia Silverstone picked up on one Cher Horowitz when she saw Styles at the Grammys.

“I am loving the #Clueless vibes @harrystyles!!” Silverstone wrote on Instagram, posting Styles alongside Cher’s own plaid and feather boa outfits from Clueless. “Cher would be so honored (and totally approve!!) of this chic look. Congrats on your win at the #GRAMMYS last night!!!”

Silverstone isn’t the only celebrity who saw her past self in Styles. Ashley Tisdale retweeted a side-by-side meme of Styles and a mid-aughts red carpet photo of herself wearing a pink feather boa, simply writing, “haha.”

“I hope we did this with the mix of the tweed and the boa, [which is] Britishness, rock ‘n’ roll, and camp all rolled into one,” he said. “It was also important to us all that the silhouette for the stage was the same as the red carpet, but that the actual looks felt [like] polar opposites – one being patterned and vibrant and the other being more slick and sexy.”

No reference to Cher Horowitz though? He’s totally buggin’.