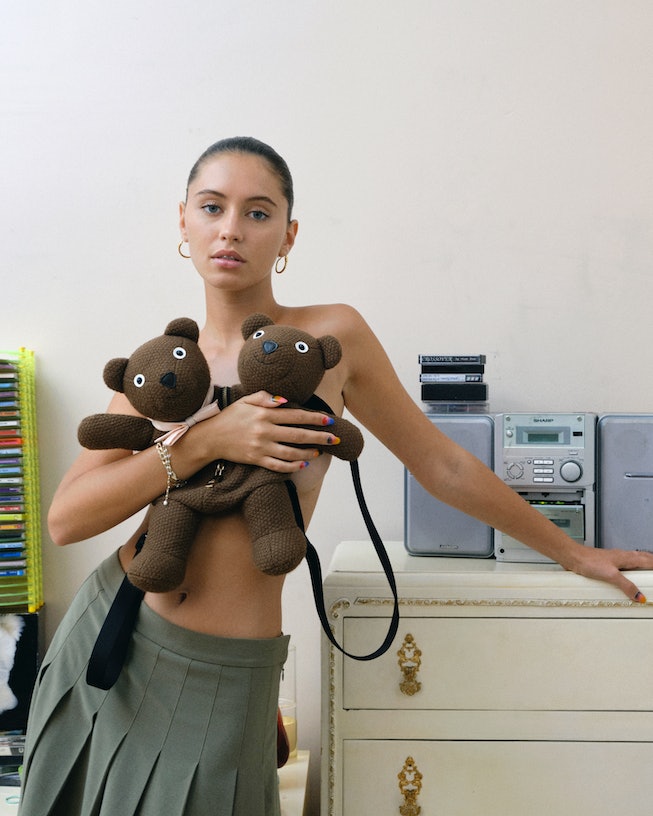 Photo by Larissa Hofmann with Styling by Danielle Emmerson

While we won't be getting a new runway show from Marc Jacobs at New York Fashion Week this September, we're still getting a brand new collection. Officially revealed on Wednesday and available to shop online now, Heaven by Marc Jacobs is the latest launch from the New York designer that taps into his namesake brand's '90s roots to bring us a line of baby tees, sweater vests, crochet bucket hats, mesh tops, hoodies, and so much more. It's basically a Gen-Z fever dream turned into the ultimate Depop shop that Rue would totally wear on Euphoria — and we are absolutely here for it.

"Heaven is a world within our Marc Jacobs world," said Jacobs in an official statement. "It continues the momentum that we've always had of bringing creative people together and making something with a lot of integrity and a real respect for the spirit in which we built the company, but doing it through a lens that is completely of this moment."

To bring Heaven to life, the designer worked alongside Ava Nirui (also known as @avanope), who has done projects for the Marc Jacobs team since 2018 and has brought on such collaborations as Stray Rats and Cactus Plant Flea Market.

"I'm very much someone who believes in collaboration in the true sense of the word," Jacobs told Dazed in an interview about the new launch. "I know that that's what it takes for something to have authenticity and credibility, to allow different people their voice and their vision. I act in some way as a director or an editor or just as a collaborator."

For the first collection, priced between $45 and $395, the duo tapped filmmaker Gregg Araki (The Doomed Generation, Totally F*cked Up, Nowhere) to inspire the graphics on sweaters, hoodies, and T-shirts, while artist Alake Shilling adorned trippy peace frogs on camp shirts, pouches, and home accessories. Heaven's online shop also features plush dolls by Chinese artist Nhozagri, a signed The Virgin Suicides DVD by Sofia Coppola, a photo book by Corinne Day, a rare 1972 edition of Lolita, and an original VHS tape for Aphex Twin's 1999 single "Windowlicker," among many other vintage finds. Jacobs also enlisted Shoichi Aoki , the founder of the famous Japanese street style mag FRUiTS, to shoot Heaven's lookbook, which you can view online.

If this is only just the beginning for Heaven, we're excited to see what's in store next.