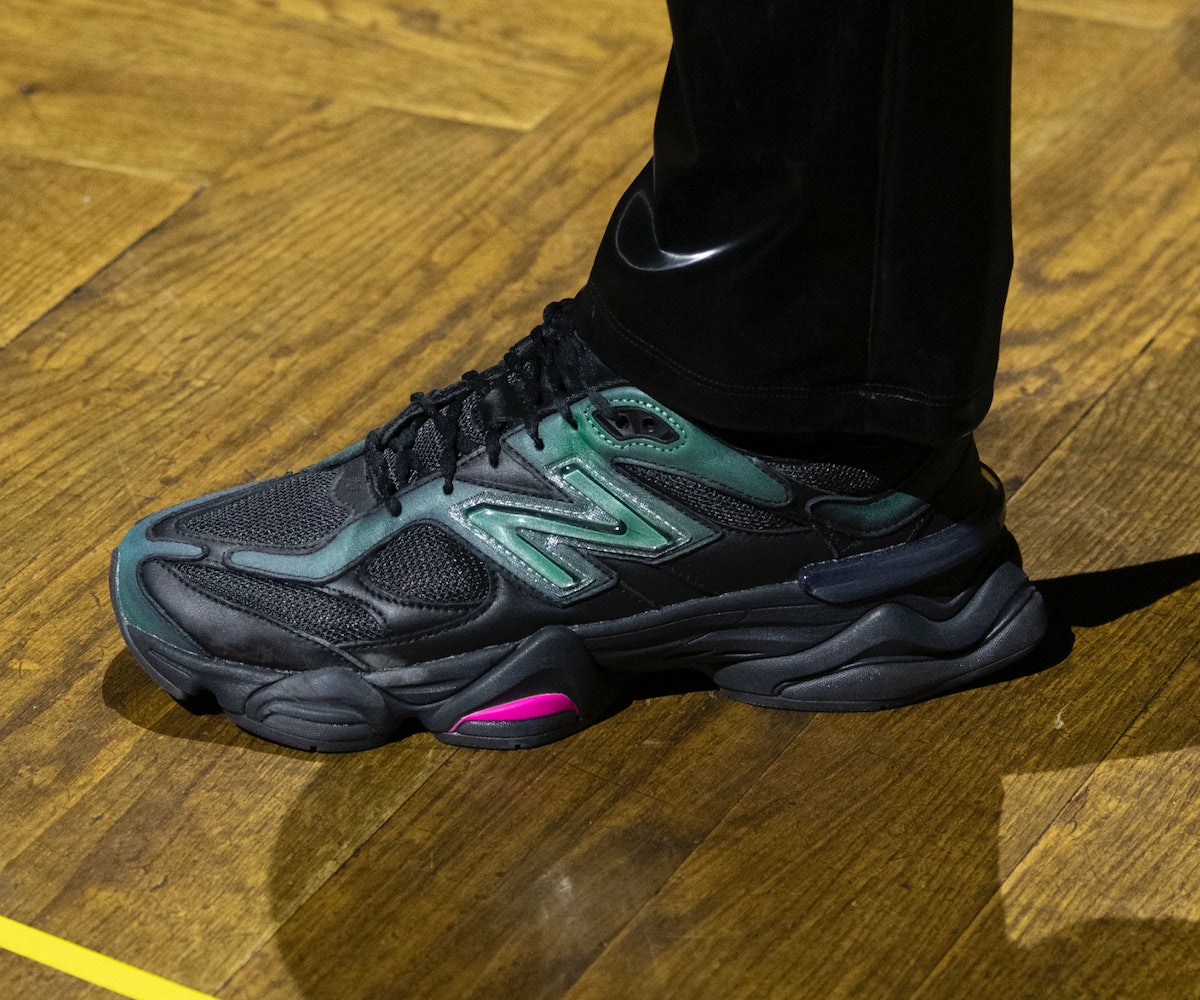 The Spring 2023 season of Paris Fashion Week Men’s marked a huge shift for Mowalola Ogunlesi, as the Nigerian-British designer and her namesake brand made its return to the fashion scene with a runway show on Saturday, June 25, marking its first IRL presentation in three years. A surprise collaboration with New Balance was also revealed.

After graduating from Central Saint Martins in 2017, the Nigerian-British designer Mowalola Ogunlesi has become known for signature rave-ready aesthetic and coveted logo trucker hats, and has been co-signed by Kim Kardashian and Kanye West, who hired her as the design director of his Yeezy partnership with Gap in 2020. (She later left the gig at the end of 2021, according to Business of Fashion.) With Mowalola’s Paris debut, she’s ready to focus full-time on her own business, which is currently undergoing a revamp. “Now we have a full team behind the brand. I’m really excited to see how far we can take this creatively,” she told BoF.

The New Balance collaboration will prove how much demand there is for a Mowalola-designed item. With a total of two brand new sneaker designs, the partnership reimagines New Balance’s 90/60 silhouette from the early aughts and it’s certainly expected to sell out quickly.

While we wait for the official drop dates to be revealed, see everything we know so far about the New Balance x Mowalola sneaker collaboration, including what to expect and where you can cop the coveted release, ahead.

What is the New Balance x Mowalola collaboration?

​​Coming out with a total of two designs, the New Balance x Mowalola 90/60 sneakers are expected to have the familiar components from the footwear brand’s previous models. The shoe comes with an extended “N” logo on the sides, which is painted in vibrant hues. The new 90/60 silhouette is also constructed with the technology of New Balance’s beloved 990 series and early-2000s running styles, like the 860 shoe. You can also expect to see a thicker and clear CR device on the sneakers, plus a badge on the tongue, a diamond-shaped outsole, and a split at the heel.

The New Balance x Mowalola 90/60 will be available in two colorways, including purple with yellow accents and teal with pink accents, while both shoes use black as the base color in the mesh underlays, the tongue, and shoelaces. Prices for the collaboration have yet to be revealed.

When and where can I buy the New Balance x Mowalola 90/60 collaboration?

The two sneakers will be available to shop this upcoming fall exclusively online at NewBalance.com and in select retail stores.