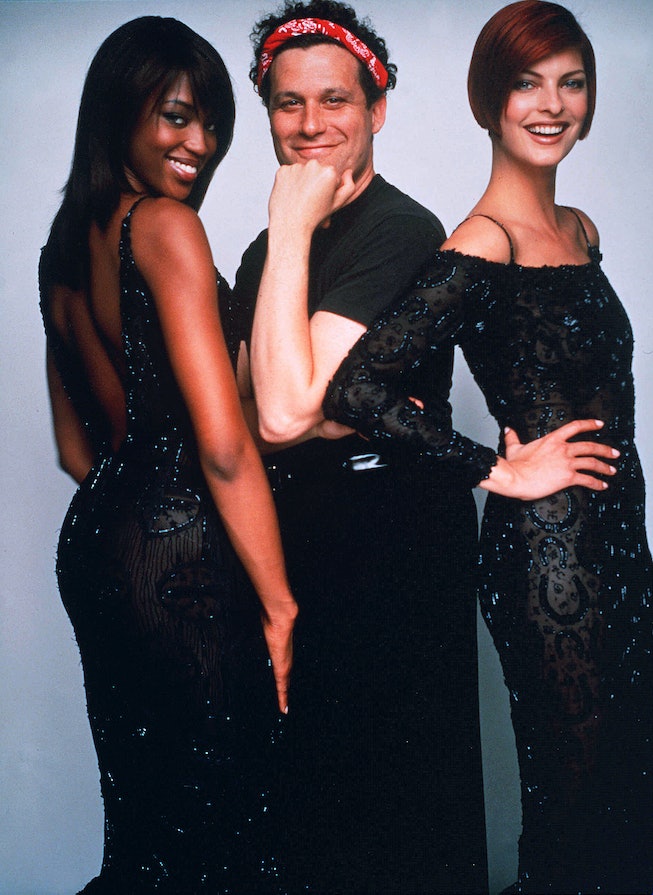 Fashion documentaries are often not quite as fun and exciting as they should be. Too many films in the genre rely on talking heads and only offer a blandly positive perspective. Unzipped, the 1995 film that celebrates its 25th anniversary in August, is an exception to the rule, as it exemplifies the fashion documentary at its most delightful.

The film follows American designer Isaac Mizrahi as he prepares his Fall 1994 collection. Director Douglas Keeve, who was dating Mizrahi at the time, films with a fly-on-the-wall intimacy, capturing the designer at his gregarious, fast-talking peak. Mizrahi has a way with words, whether he's detailing an amusing encounter with a Ouija board or citing Fred Flintstone as an influence on his upcoming collection, and much of the excitement of watching Unzipped comes from anticipating just how his seemingly far-flung inspirations will actually manifest themselves on the runway.

Unzipped is a hangout movie. We get to chill with Mizrahi and his contemporaries — and even his mother — all the while knowing the fashion show will be the payoff and there won’t be any drama that can't be resolved with a good one-liner or a fabulous frock.

Watching the film 25 years later, it feels like a portal to a more joyous time in fashion. In this pre-influencer age, the supermodel reigned, and pretty much every '90s icon you can think of makes an appearance. Naomi Campbell has a belly chain; Linda Evangelista complains about having to wear slippers; Cindy Crawford laments that her pores are too big (they aren't). The models all look great, of course, but there's a bit of humor in how they chat about such seemingly mundane yet glamorous issues with the designer.

The film is mostly shot in grainy black and white, with flashes of color, and switches to full-on color for the triumphant runway show at the end. Seeing all the models in black and white during fittings offers a perspective that's now more often associated with social media, though it's obvious these women maintain control of their images and are well-aware that they're household names to the audience. Things seem candid, but they're still masters of aspirational performance.

Mizrahi comes across as more approachable than the typical fashion designer, without the pretensions we might associate with the role today. He cuts a recognizable figure with his shock of poofy hair and wardrobe of button-downs and high-waisted pants. He describes his interest in design in simple terms: "Every single thing is frustrating, except designing clothes." In the modern fashion world, where so many designers have delusions of grandeur and claim to be making political statements with their clothes (with varying degrees of success, given the class divide built into the fashion industry), it's refreshing to hear a designer with an approach that's stated so simply.

The climactic fashion show is, indeed, free of any frustration. While there's commotion backstage, the runway is triumphant and filled with deliciously bright colors. It's satisfying to finally see the fur motifs Mizrahi had been referencing throughout the film in action. Some of the models wear fur hats, which seem just silly and nonfunctional enough to be high fashion. There are lots of short skirts, sequins, and candy colors, which still feel covetable.

Cindy Crawford sashays in an all-pink outfit topped off with a black fur coat. The outerwear feels like a classic but the outfit beneath is the shade of bubblegum. Mizrahi's work delights in these contrasts. The runway show is sexy and triumphant, but above all it has a sense of humor. Unzipped is a love letter to mixing and matching, and in 2020 we could all use some more of this pop in our wardrobes.

NEXT UP
Culture
Loewe’s Howl's Moving Castle Collection Is An Anime Dream
fashion
How ‘Spice World’'s Costume Designer Nailed The ‘Scooby-Doo on Acid’ Look
Culture
The Cutest Couples At The 2023 Grammys
Fashion
Jenna Ortega Is The Face Of Adidas’ Newest Line
Style + Culture, delivered straight to your inbox.