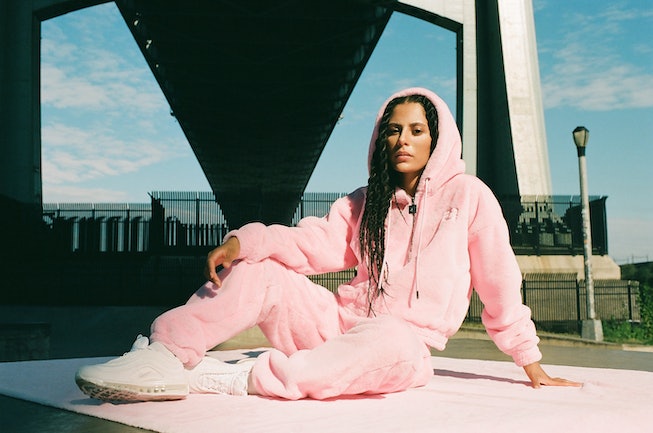 Juicy Couture is back with another collab that will make a winter quarantine just a little bit cozier. To celebrate its 25th anniversary, the Los Angeles-based brand is teaming up with vegan clothing label Apparis on a collection of faux-fur loungewear.

The limited-edition capsule collection will include Juicy’s first-ever faux fur tracksuit, available in a light pink — much like the one Timothée Chalamet famously wore in his recent GQ November cover story — and black, as well as a fuzzy pink coat. The brands got the Skate Kitchen Twins, Brenn and Jules Lorenzo, to shoot the campaign at a skate park in Queens, channelling the classic early-aughts Juicy Couture icons, Paris Hilton and Nicole Richie.

The collaboration with Apparis is just one of Juicy Couture's partnerships for its 25th anniversary celebration. Back in September, the brand joined forces with Kappa on an early 2000s-inspired collection and campaign starring Richie's younger sister Sofia, who modeled the classic Juicy velour tracksuit with another turn-of-the-century emblem, the T-Mobile Sidekick.

The new Juicy Couture limited-edition capsule range with Apparis is available online now with some pieces up for pre-order. Get a taste of the collection by checking out the campaign images, below.