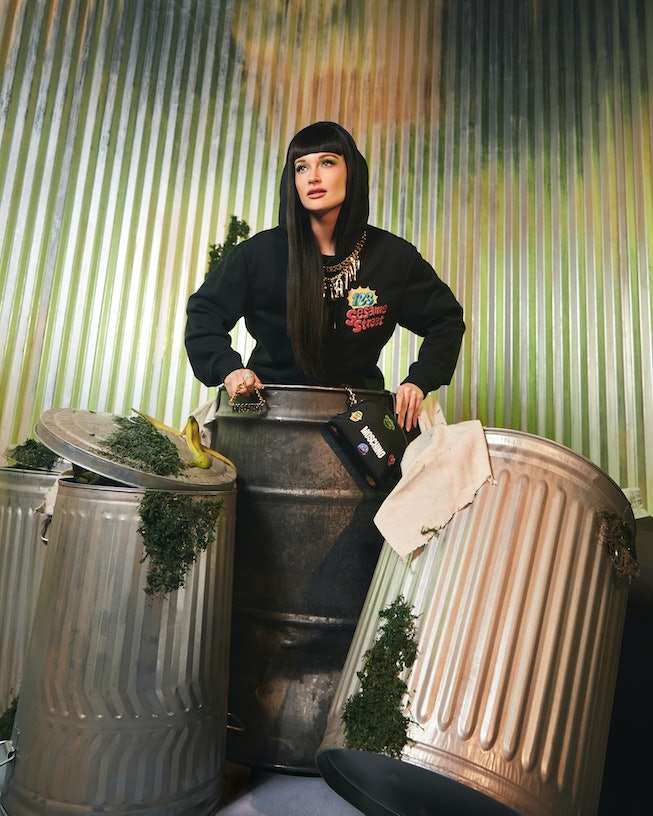 Kacey Musgraves is ready to deliver the collab of the year. The singer stars in Moschino’s new campaign for its latest collaboration with none other than the iconic Sesame Street, which debuted on Tuesday.

Musgraves channeled her inner Cookie Monster and Oscar the Grouch, eating a cookie cake and going so far as to pose inside of a trash can, otherwise known as me preparing for life after the pandemic.

Moschino creative director Jeremy Scott also celebrated the launch of the campaign, posting a photo of Musgraves on Instagram writing, “WON’T YOU TELL ME HOW TO GET TO SESAME STREET ?”

“I got wind that she was a Sesame Street fan, and was able to make this magical moment happen,” Scott told Elle. “I was like, ‘Oh, I need to go on set. I need to be up in this.’ So that’s my hope and prayer: that I get to get on Sesame Street for real.” Musgraves already achieved that goal, as she appeared and performed on the children’s show at the end of 2020 for an upcoming season. The series will return to television via HBO Max in November.

Exclusive styles from the Moschino x Sesame Street collection are currently available in China, while the complete 33-piece collection, including a cropped denim vest set, knitted cardigan, tracksuits, T-shirts, and sneakers, is scheduled to drop worldwide on May 25. Check out photos of the colorful campaign starring Musgraves, below.