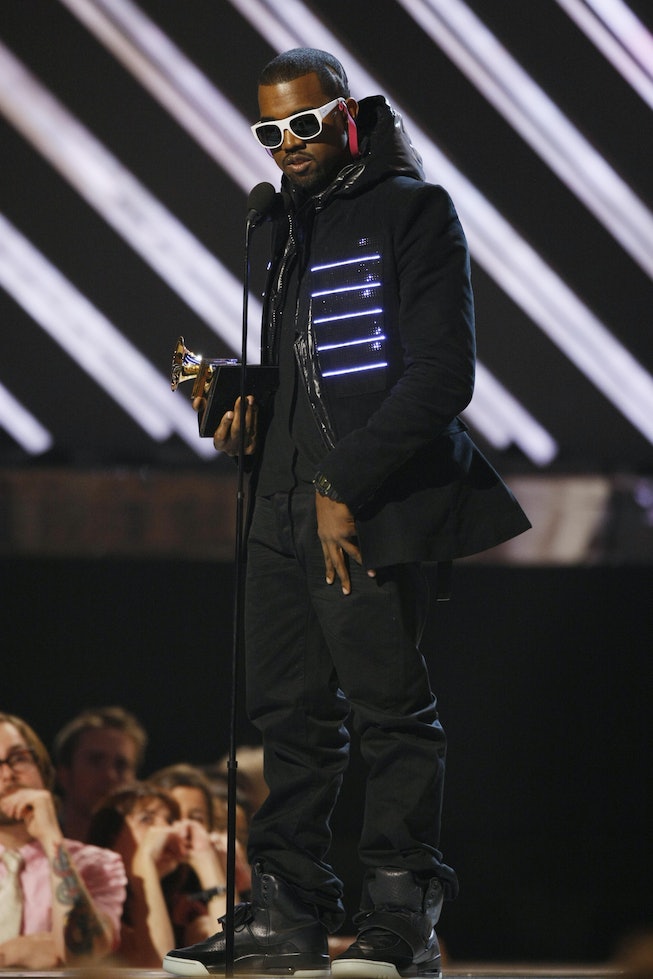 Someone just bought a piece of sneaker history — for the price of $1.8 million. On Monday, Sotheby’s announced that the Nike Air Yeezy 1 sneakers worn by Kanye West to the 2008 Grammys had sold to sneaker investing platform Rares.

“We are thrilled with the result, which has nearly tripled the highest price on record,” Brahm Wachter, Sotheby’s head of streetwear and modern collectables, said in an official statement. “The sale speaks volumes of Kanye’s legacy as one of the most influential clothing and sneaker designers of our time, and of the Yeezy franchise he has built which has become an industry titan.”

Designed by West and Mark Smith, the rapper-cum-designer wore the size 12 sneakers while performing “Hey Mama” and “Stronger” during the Grammys in 2008, where he took home the award for Best Rap Album.

As sneaker culture continues to become mainstream and tap into the luxury fashion space, auctions for one-of-a-kind or coveted sneaker styles have been on the rise. Sotheby’s has been a part of this new movement with its latest auction “Scarce Air,” featuring rare Nike sneakers. Plus, eBay recently hosted one of the world’s largest sneaker auctions, offering more than 2,000 pairs of sneakers from collectors The Chicks With Kicks.

Take a closer look at the $1.8 million sneakers below.