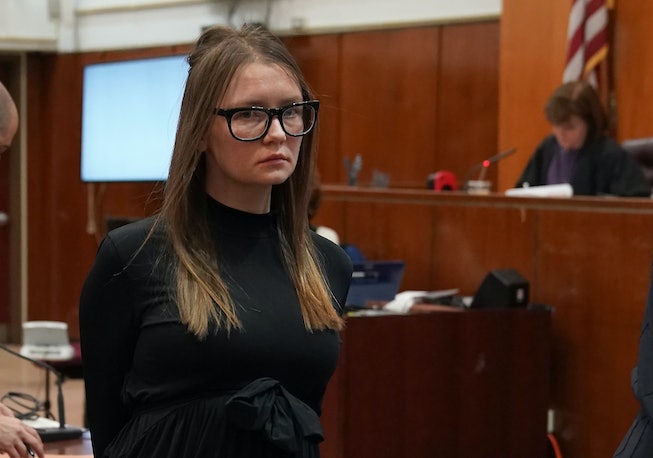 It feels like it's been at least two decades since Quibi announced its forthcoming true crime fashion series hosted by Dakota Fanning. Back in March, the streaming platform teased Last Looks, but on Monday, the world finally got a preview with the show's official trailer.

The 18-episode docuseries covers some of the biggest and most mysterious crime sagas throughout fashion's history, including the ongoing story of pretend-heiress and scammer Anna Delvey, the murder of designer Sylvie Cachay, the mysterious death of model Ruslana Korshunova, and more.

"I think that, in their own way, each woman [featured] is extremely ambitious for better or for worse," Fanning told Refinery29. "I think that you see these women desiring to make their mark in some way. And so I think that's something that they all do have in common. I think some of them use their ambitious natures for good. And some, like we talked about Anna Delvey… can't say that she wasn't ambitious, right? She was very ambitious at all costs. I think that you do get to see very strong women and see how they use that strength and use that desire all in different ways."

Last Looks is available to stream on Quibi now, with new episodes premiering each weekday. Check out the trailer, below.