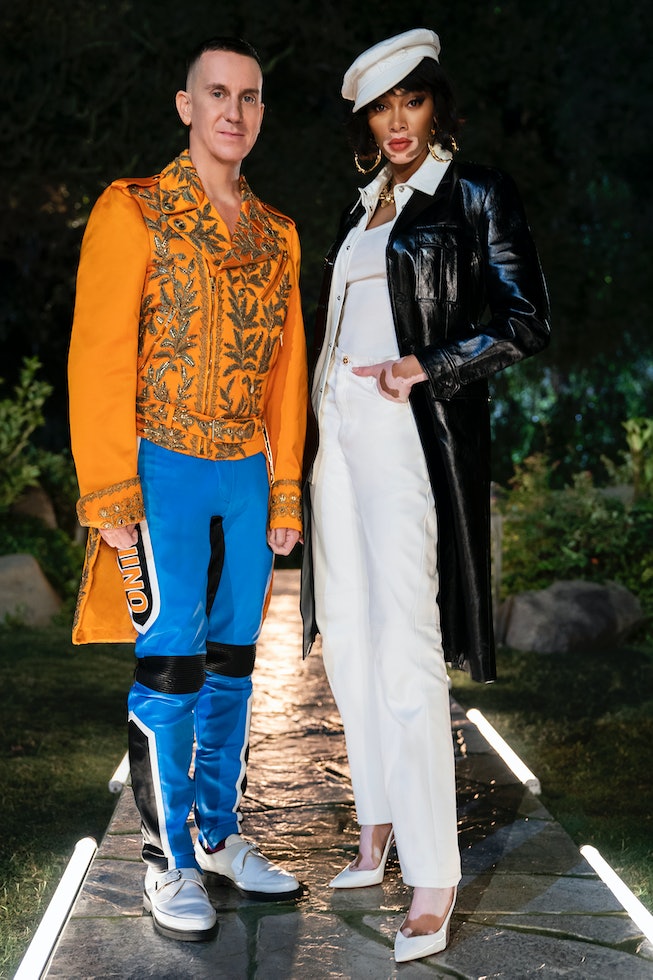 Jeremy Scott and Winnie Harlow have officially joined the judges panel for season two of Amazon's Making the Cut. Scott and Harlow filmed the upcoming season out in Los Angeles alongside Making the Cut mainstays Heidi Klum and Tim Gunn.

"I am so excited to be in my hometown of Los Angeles with such a talented group of designers and judges for season two," Klum said in an official statement. "This last year brought so many unforeseen challenges across the globe, so I feel grateful that we were able to safely film as Tim and I continue our journey to find the next great global fashion brand."

Other to-be-announced fashion insiders will serve as guest judges throughout the new season, which we expect to include some big industry names. In case you need a refresher, the series debut featured a rotating judges panel that included Naomi Campbell, Nicole Richie, Carine Roitfeld, Joseph Altuzarra, and more.

"I am delighted to be reunited with Heidi for season two of Making the Cut and for Winnie and Jeremy to join as judges," Gunn shared in an official statement. "They both bring a unique voice and perspective to help us challenge these designers to sharpen their skills and get out of their comfort zones to become the next household names in fashion."

Winners of the fashion design reality series will have their looks sold on Amazon Fashion's Making the Cut store, as well as receive mentorship with Amazon Fashion and $1 million dollars to put toward their brand. Season two will stream on Amazon Prime Video sometime this summer.