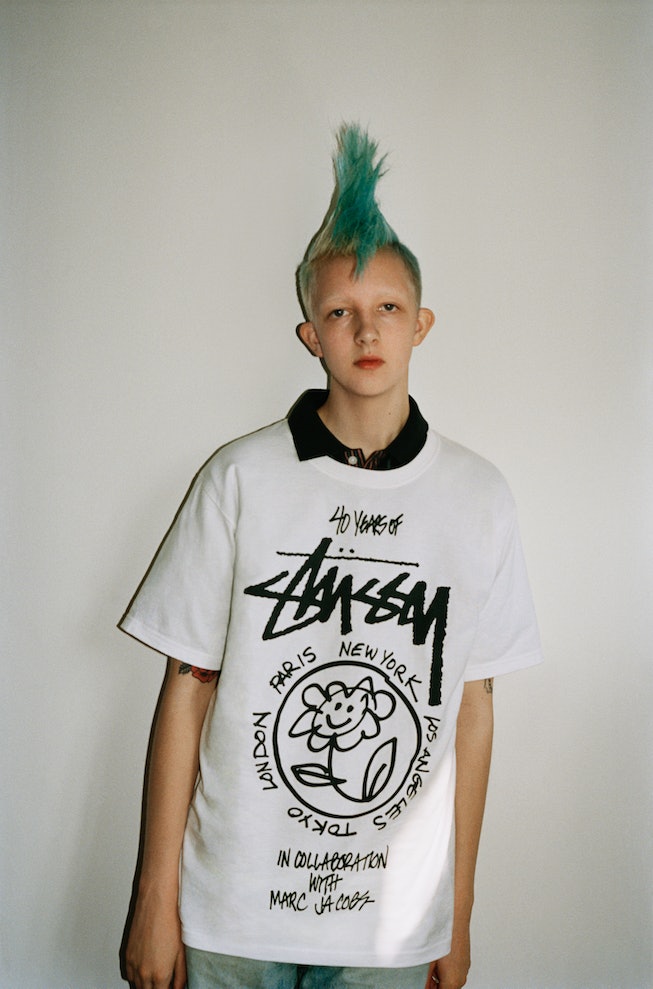 It's been 40 years since Stüssy came on the scene, and the streetwear brand is seizing the opportunity to release one of its most exciting collaborations yet. In 1989, the California-based label created its first World Tour tee, which is getting reissued with designers Rick Owens, Virgil Abloh, TAKAHIROMIYASHITATheSoloist, Marc Jacobs, and Martine Rose.

Founded by surfer Shawn Stüssy, the brand gained popularity through the surfing, skateboarding, and hip-hop communities around the world. Decades later, Stüssy is a full-fledged global icon, having dropped collaborations with brands like Birkenstock, Nike, Supreme, New Balance, Dickies, and more.

"Everybody calls it surf wear, or urban street wear, or surf street," Stüssy told The New York Times during an interview in 1992. "They're all names. I don't name it, and I don't name it on purpose. I just make basic clothes that a 10-year-old can wear and my dad can wear."

For the 40th anniversary collaboration, Stüssy chose designers to represent the worldwide Stüssy community, inviting them to put their own spin on the classic World Tour T-shirt. Jacobs, for example, doodled a daisy that reminds of his namesake label's new line Heaven, while Virgil Abloh has his new fundraising project "I Support Young Black Businesses" emblazoned on the front of the shirt. The collection will be available in Stüssy Chapter Stores, Dover Street Market, and Stüssy.com on Friday, Nov. 20, at 10 a.m. PST.

Ahead of their drop, check out the designer shirts, below.