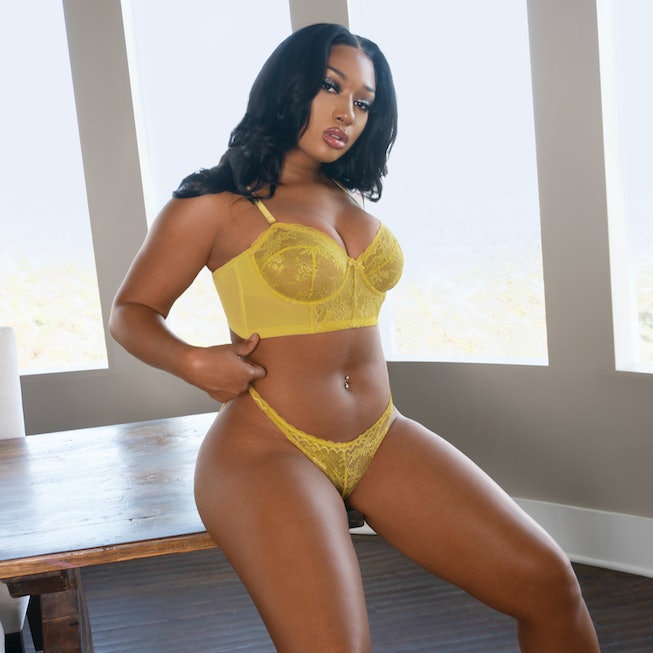 Rihanna has dubbed a new Savage X Fenty ambassador, the "Savage" queen herself, Megan Thee Stallion. Megan was announced as the latest face for the lingerie brand on Tuesday, and will begin appearing in campaigns starting this summer for a Hot Girl Summer 2.0.

"Meg is the energy we were looking for," said Rihanna in an official statement. "She is a risk taker with an attitude, character, and personality."

Savage X Fenty released some images of Megan for the brand, where she wears the Balconette Bra and Side Tie Undie in Yellow Sunflower, as well as the T-shirt Bra and Booty Short in Black Caviar.

"I'm so excited to work with a brand that embodies diversity and celebrates women in all their glory," said Megan in an official statement. "In my Savage X Fenty, I feel sexy, comfortable, and confident. We want all the hotties around the world to feel good about themselves exactly as they are."

Megan joins Normani, who was made an ambassador for the brand in November 2019 and has appeared in multiple campaigns since.

It's a match made in savage heaven.

Check out the campaign images, below.