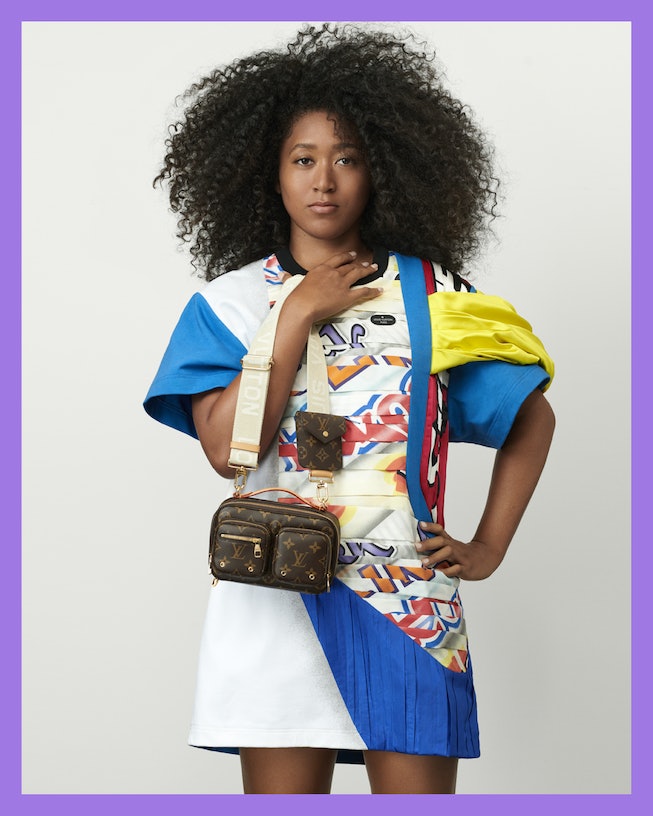 Naomi Osaka is officially a Louis Vuitton ambassador. The new role for the tennis superstar was announced on Monday with the release of her first campaign images for the luxury brand's Spring 2021 collection.

"Naomi is an exceptional woman who represents her generation and is also a role model for everyone. Her career and convictions are inspiring," Louis Vuitton creative director Nicolas Ghesquière said in an official statement. "I am in awe of Naomi, she stays true to herself and doesn’t compromise on her values."

While Osaka has made a name for herself on the tennis court, she's quickly become a figure in fashion. In addition to her collaborations with Nike, Osaka has also tried her hand at design, collaborating with Adeam on a Fall 2020 capsule collection and making her New York Fashion Week debut last February. She ended 2020 on a fashion high note, too, landing her first Vogue cover.

"Aside from tennis, my most treasured passion is fashion, and there is no brand more iconic than Louis Vuitton," said Osaka in an official statement. "It is such an honor to work with Nicolas — he's a designer I admire so much and we share a mutual love of Japanese culture and style. To become a global brand ambassador is truly a dream come true for me."