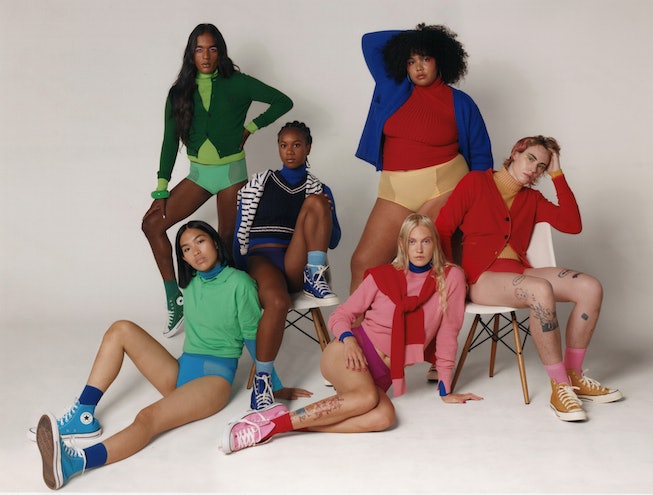 We all know that clothes are an easy way to express yourself, but what about the things that go underneath them? Parade's latest "Technicolor" underwear collection is all about self-expression and adding some color to your underwear drawer.

"Underwear is a connective tissue — it's the first piece you put on to create the foundation for your outfit and your day," said Parade co-founder and CEO Cami Tellez in an official statement. "It touches the lines of gender and sexuality, and serves as a strong expression of our identities. Parade in Technicolor is an invitation for you to explore your relationship to underwear — to share your underwear stories and create the world of Parade with us."

The Technicolor collection is inspired by the bright hues of the '90s with a soft yellow, light green, and bright cyan blue. To celebrate the new launch, Parade is also donating 1,000 pairs of underwear to five U.S. LGBTQ centers, specifically GLITS, The Okra Project, HYPE Center by Freedom Forward, Trinity Place Shelter, and Pridelines.

The campaign was shot by and stars members of the LGBTQ community, including Richie Shazam, Sage Adams, and Sasha Melenchuk. Check out the photos, below, and shop the new collection on Parade's website.