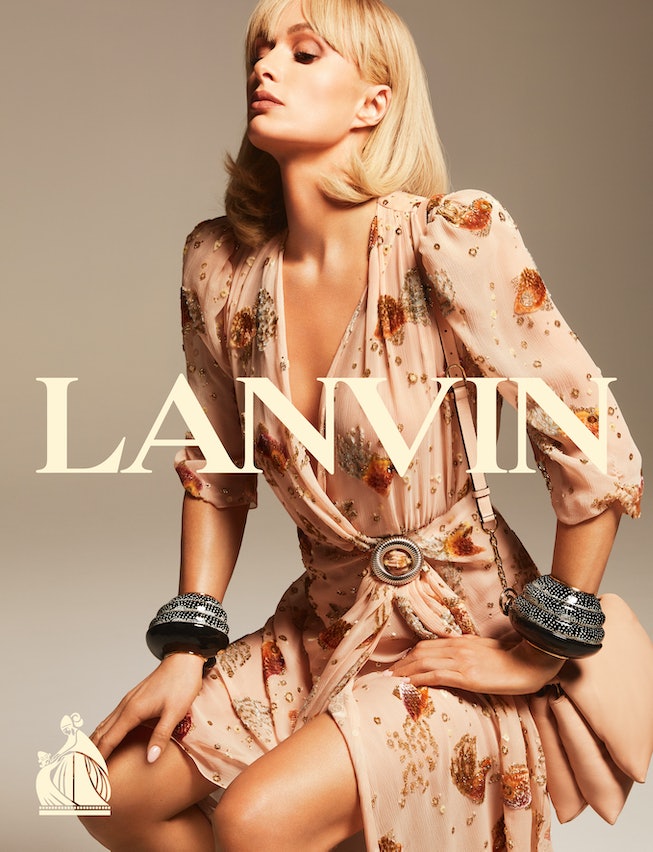 Paris Hilton is now a capital “F” Fashion girl. The original influencer and businesswoman has taken on a new look for the latest campaign for Lanvin, shot by Mert and Marcus.

“When we began discussing this campaign, I knew I wanted to portray Paris Hilton in a way that she has never been seen before. She is quite known for her long blonde hair and glimmery style and we wanted to shed light on her ability to transform — much like a swan,” Bruno Sialelli, Creative Director of Lanvin, said in an official staetment. (He was appointed the top role at the French luxury fashion house in 2019.) “As the originator of the influencer movement and the idea of ‘famous for being famous,’ I wanted to show the world how far she has come in the industry that she created. We stripped back the styling and allowed her natural beauty to be captured.”

The photos were inspired by portraits of 1950s socialites in New York City, who were often referred to as swans. Hilton shed her platinum blonde extensions in exchange for a curled-under bob and blunt bangs for the photos where she modeled Lanvin’s newest collection. In fact, Hilton was able to draw some of her own parallels to the brand’s founder, Jeanne Lanvin.

“I’m humbled to be working with Lanvin for their Spring/Summer campaign and to be able to contribute to the brand’s legacy,” Hilton said in an official statement. “I’ve always been a fan of the house and personally admire the founder Jeanne Lanvin. She was able to build an empire from one small shop that still exists 130 years later. Her entrepreneurial spirit is so incredible – remind you of anyone else?”

Check out more photos of Hilton in the Lanvin Spring 2021 campaign, below.