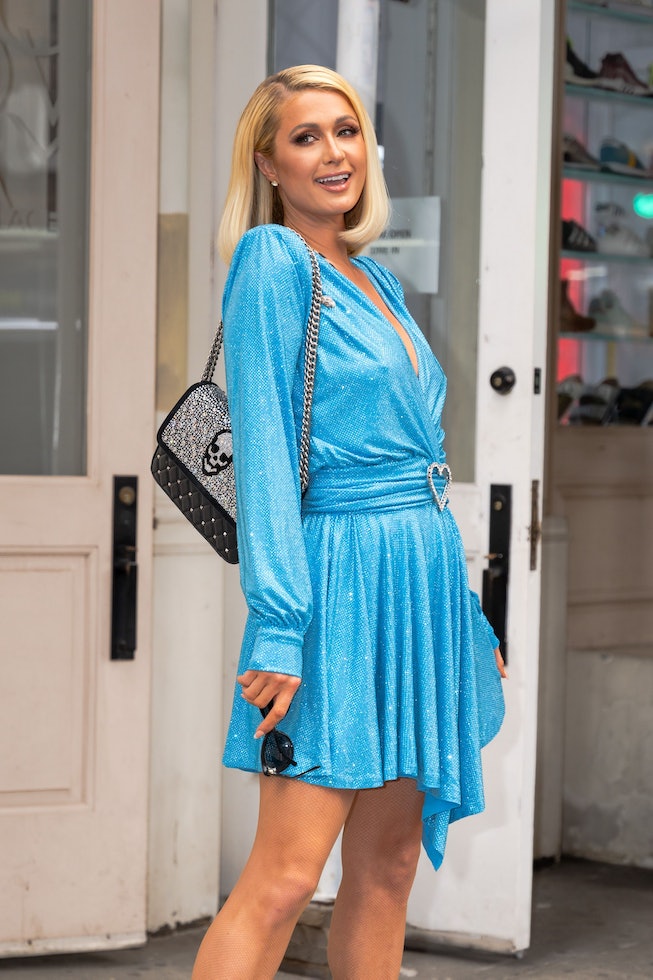 Paris Hilton wants to wear “lots of dresses” at her wedding and if I ever had the budget, I would too.

In a recent segment on The Tonight Show With Jimmy Fallon on Tuesday, Aug. 17, the TV star, aspiring chef, world-renowned DJ discussed her upcoming wedding plans with her fiancée Carter Reum. The couple, who confirmed their relationship back in April 2020, have been engaged since February. The venture capitalist first popped the question on Hilton’s 40th birthday, gifting her a 20-karat diamond ring estimated at around $2 million.

Hilton, dressed in a bright blue and sparkling Philipp Plein dress, explained to Fallon that the planning process for the three-day affair has been “very stressful” and that she's only picked out her dress so far. The star also mentioned there won't be just one, but “lots of dresses, probably 10.”

“I love outfit changes,” said Hilton, also adding that her soon-to-be hubby will most likely stick to one tux because “he’s not as high maintenance as I am.” There might be a lot of preparation for the event, but she clarified that she’s “not a bridezilla at all” and she has no plans to DJ for her big day either. Hilton is, however, filming the whole thing for an upcoming docuseries Paris in Love with NBC’s streaming platform Peacock.

“I just feel like for my documentary, This Is Paris, it ended in a way in which it was amazing, but I just feel like I wanted my fans to see that I found my Prince Charming and my happy fairytale ending,” Hilton said.

While the rest of the wedding is yet to be determined, we’re confident the three-day affair will be as extravagant as ever. In the meantime, you can view Hilton’s full interview on The Tonight Show, below.