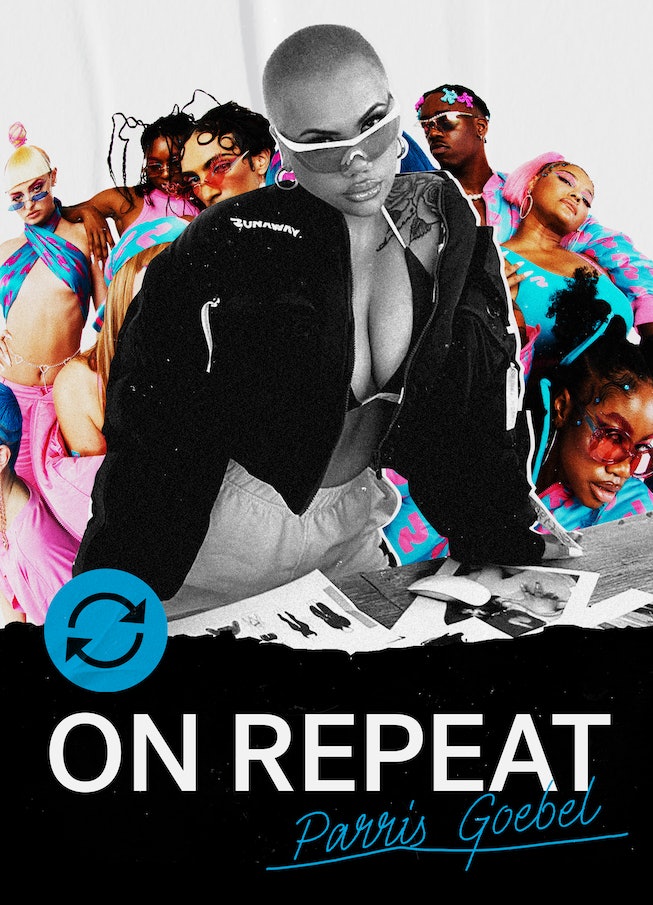 If there's anyone who can redefine activewear, it's Parris Goebel. The world-renowned artist, dancer, and choreographer recently launched her new fashion brand Runaway Motel, a collection of sporty tops, bottoms, and outerwear that you can mix and match into workout-friendly or dance-floor-ready outfits.

Goebel, who's worked with Rihanna's Savage X Fenty, Justin Bieber, Ciara, and more, was initially inspired to start her own line after traveling to Miami to choreograph Jennifer Lopez's 2020 Super Bowl halftime show. With only one suitcase of rehearsal clothes and a full schedule of dance practices and unexpected social gatherings, Goebel found herself having to come up with looks from her limited selection of off-duty garments.

"I felt there wasn't any brand that offered me versatile pieces that I could dance in, work out in, and then go to a bougie dinner with friends in. When I travel, I can't take my whole wardrobe with me, and I’m constantly creating looks for all occasions with my dance clothes," said Goebel to Hypebae. After nearly 12 months, the result is Runaway Motel's first collection, titled "Room 407," which includes multifunctional pieces, like a color-blocked Sportkini bra that could double as a top, cozy logo sweatpants, and a monogram scarf to wear whichever way you like.

Naturally, music played a large role in Goebel's design process, from watching music video clips from the '90s and early 2000s to playing heart-racing bangers to get the creative juices flowing. "I can't live without music, it's such a huge part of my creative process. It determines my mood and my overall creative energy. What I listen to is reflected in all my work," she tells NYLON. "The emotions I feel when I create are heavily influenced by the lyrics, sounds, and beats I listen to. Music moves and inspires me, and it transcends me into different worlds and spaces."

Ahead, Goebel shares the tracks she couldn't stop listening to while creating the debut collection of Runaway Motel, which is available to purchase online now.

"I love Kali and her voice always transports me to another place. I feel free and magical when I listen to her music. This song in particular has such a chill, outer space vibe."

"There would be nights where I'd be up late designing and I'd play music that just gets my heart racing. When I'm in my zone I just let go. This song makes me feel like I'm running through a field of lasers, kind of like the feeling when I'm creating."

"Anytime I'd feel myself overthinking or stuck, I play this song. It reminds me to just have fun and not take things so seriously. I create my best work when I'm having fun."

"I love Shygirl. Her music makes me feel like a badass. If I'm not feeling myself it's hard to make magic, so I gotta get myself in the mood."

"My boy Dez played this at my house party and I haven't stopped playing it since. Perfect song to get the party started or to motivate yourself."

"As I was designing for Runaway Motel I watched a lot of '90s and early-2000s video clips for inspiration. Lil' Kim was definitely a huge inspiration for me, and this video has so many iconic looks."

"Sometimes when I’m brainstorming I want to just chill and zone out. As soon as I hear the intro to this song I switch off and relax. It just sets the mood right and Ari's voice is so smooth and sultry."