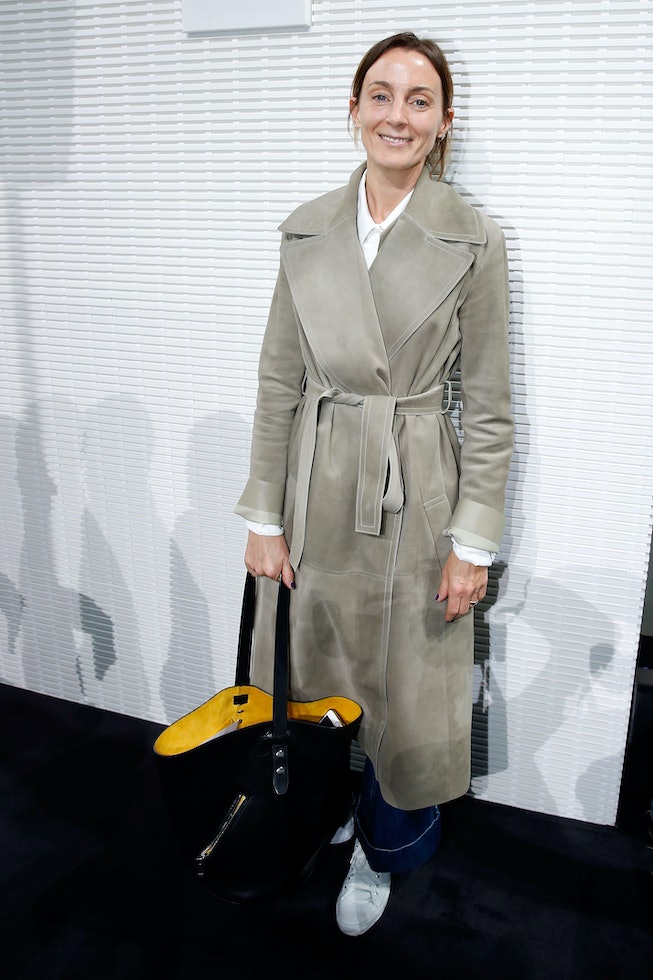 After three years on hiatus, Phoebe Philo is back with her very own brand. According to The Business of Fashion, Philo will launch her own namesake line of clothing and accessories “rooted in exceptional quality and design,” with a minority investment from LVMH. The global conglomerate and Philo go way back, as she headed up Celine (then known as Céline) for 10 years before stepping down in 2017.

“Being in my studio and making once again has been both exciting and incredibly fulfilling,” said Philo in a statement for BoF. “I am very much looking forward to being back in touch with my audience and people everywhere. To be independent, to govern, and experiment on my own terms is hugely significant to me.”

Philo grew a massive cult following during her tenure at Celine, garnering loyal fans and shoppers for her minimal aesthetic that kept women’s needs for comfort, tailoring, and a foundational wardrobe top of mind. And while Hedi Slimane, who is currently the French fashion house’s creative director, has revamped Celine with a more youth culture-obsessed aesthetic, Philo’s designs are still remembered as some of the luxury label’s bestselling pieces. She’s created roomy leather totes and sleek crossbody bags, turned scarf-printed tops and camel coats into street-style-worthy essentials, and made sneakers a top footwear of choice among the fashion crowd — specifically, the Adidas Stan Smith.

Her former atelier has also brought us a number of buzzy designers today, including Daniel Lee of Bottega Veneta, as well as up-and-coming labels Peter Do from New York and the London-based label Rokh.

But don’t expect Philo’s return to arrive anytime soon, as more details on this very anticipated launch won’t be released until January 2022. In the meantime, the British designer is keeping busy within the industry at large. She recently served as a member of the jury for the 2021 ANDAM Fashion Award, which was given to Bianca Saunders, and, hopefully, we may see her make a few public-facing appearances during fashion month this fall. Though, we won’t hold the extremely low-key designer to it.

NEXT UP
Culture
Mowalola Teams Up With Bratz For A Daring, High Fashion Collection
Culture
An Exhaustive Breakdown Of The Balenciaga Controversy
Fashion
Reformation & Canada Goose Team Up To Warm You Up
Fashion
Coach Reissues Y2K Favorite Demi Bag