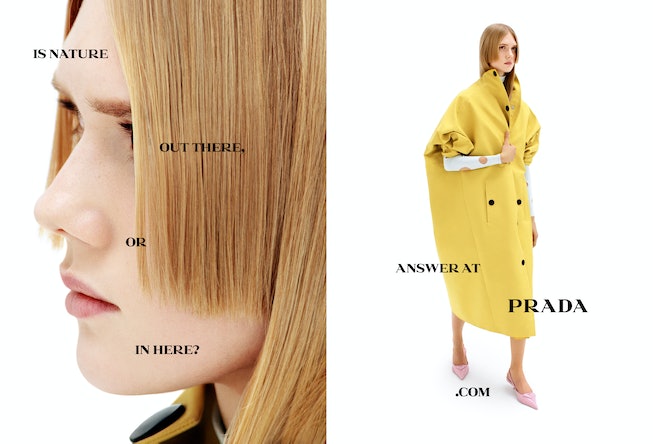 Prada's new campaign has been blessed by the internet, which is to say, meme'd out to oblivion. On Tuesday, the brand unveiled its campaign for its Spring 2021 collection called "Dialogues," and it has certainly sparked some online.

Existential questions that only could be thought up after getting high in your parents basement, including, but not limited to, "Is nature out there or in here," "Does 'cloud' make you think of data or sky," and "Can something be truly new" are printed over the images of models wearing the debut collection from Miuccia Prada and Raf Simons as co-creative directors. The ads then ask viewers to answer these pressing questions over on Prada's website.

This may not have been the reaction Simons and Prada were anticipating, but honestly, it should have been.

Take a look at the new Prada campaign, as well as some of its best Twitter reactions, below.