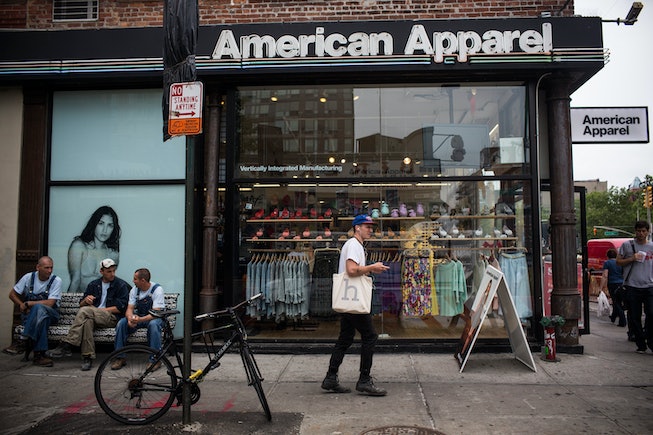 Quibi and Vice have teamed up to tackle the rise and fall of American Apparel in a new documentary, entitled Big Rad Wolf. The film will track American Apparel’s ubiquity and popularity in the 2000s as well as its demise, which can largely be attributed to its controversial founder Dov Charney.

During his time at American Apparel, Charney faced multiple allegations of sexual harassment from female employees. Charney denied all allegations against him and was never convicted in court. The company's board terminated Charney as CEO in 2014.

“Well I’m surviving,” Charney said in the trailer. “I’m not sure. This documentary could cause me damage too.”

Charney has since gone on to found another LA-based clothing brand, Los Angeles Apparel, which has also faced its share of scandal. Back in July, the Los Angeles County Department of Public Health released a press release claiming to have closed the brand’s factory due to “flagrant violations of mandatory public health infection control orders” related to the COVID-19 pandemic. A report from The New York Times found that over 300 cases of COVID-19 came from the factory.

Charney once again denied the allegations, telling The New York Times, "I don't think that press release represents the point of view of the people I am working with at the department of health. Some of them have apologized to me. It's not truthful."

Check out the trailer for Big Rad Wolf below.