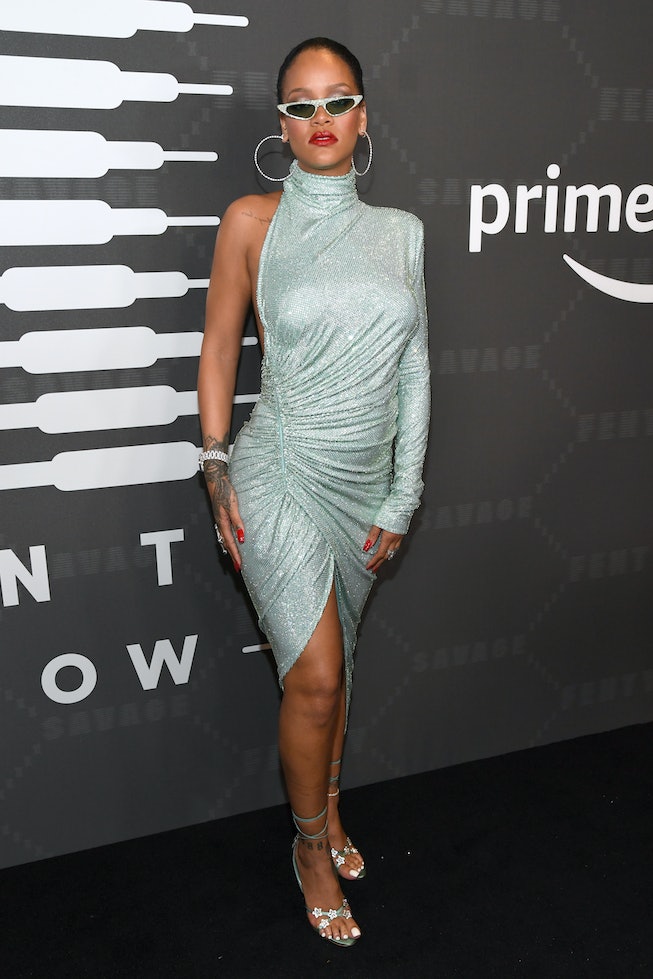 It should be our collective dream that Rihanna secures an EGOT. She already has a Grammy, and now she is one step closer to an Emmy. The 2020 Emmy nominations were announced on Tuesday, and Rihanna's Savage X Fenty fashion show has been nominated for Outstanding Choreography For Variety Or Reality Programming; it was filmed during New York Fashion Week and aired on Amazon Prime in September 2019.

Parris Goebel, who choreographed the routines for the major fashion spectacle, spoke to CR Fashion Book about the experience, including Normani's headline-making performance.

"We had about 40 dancers — 40 girls, of all shapes, sizes, ethnicities, and all walks of life. That for me already was so exciting to be so heavily involved in that. I'm from Auckland, New Zealand. I'm Polynesian. Growing up, I wouldn't see girls that looked like me on the fronts of magazines, on billboards, or on T.V. commercials," she said. "So, to be in a position where I can change that and the way the world is thinking — and viewing females and appearance — is huge. Just to imagine myself as a little girl watching the show now, would have changed my whole perspective on my own body and life. All of the girls in the cast were really amazing: they were confident and they loved their bodies no matter what they looked like. It’s important that people know it wasn't just for show."

If 2020 wants to fix its current reputation, it can start with a Rihanna Emmy win.