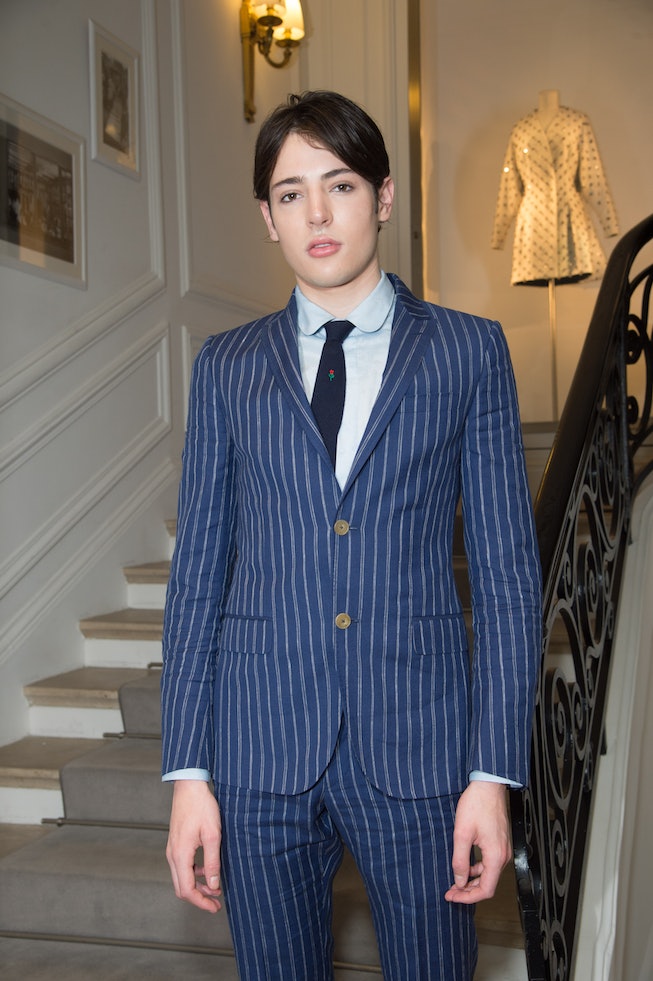 For years, Harry Brant — the youngest son of billionaire publishing magnate Peter M. Brant, Sr. and supermodel Stephanie Seymour — was the talk of the town, a bona fide industry It-boy known for his frequent presence at all of the hottest parties and a fixture in the front rows of the most glamorous fashion shows. He was a social media celebrity, part of the original crop of "influencers," and was widely considered one of the most attractive young men on the scene — a label that eventually kickstarted his modeling career, landing him on the pages of Vogue Italia, i-D, and Vanity Fair France, and in highly sought-after campaigns from the likes of Balmain.

Together, he and his older brother, Peter Brant II, were crowned New York City royalty — and that was even before Harry started making international headlines for his boldly gender-defiant approach to fashion, grooming, and makeup. (In both 2015 and 2016, he teamed up with MAC to create unisex makeup lines offering everything from lip stain markers, eyeshadows, and brow gel crèmes to eye pencils, sculpting creams, and brushes.)

In all senses of the word, Harry Brant was a multi-hyphenate creator — to say nothing of his column at Interview, a magazine his father publishes — and with his tremendous influence only growing with each passing day, it seemed safe to assume that the young New York society mainstay was only destined for bigger things in the future. Which is why it comes as such a devastating blow to hear that he has tragically passed at the young age of 24 years old.

According to a report in the New York Times, Brant was found dead this past Sunday, January 17, 2021, from an accidental overdose on prescription drugs. Brant was known to have been battling a drug addiction for years, and according to his parents, he had clear intentions to check into a drug rehabilitation center later this year. After getting clean, he apparently wanted to take on a larger role with the creative side of Interview Magazine.

In a statement released to the Times, his family said, “We will forever be saddened that his life was cut short by this devastating disease. He achieved a lot in his 24 years, but we will never get the chance to see how much more Harry could have done.” Later, they added, “Harry was not just our son. He was also a wonderful brother, loving grandson, favorite uncle and a caring friend. He was a creative, loving and powerful soul that brought light into so many people’s hearts. He was truly a beautiful person inside and out.”

For those struggling with their own drug addictions, please reach out to the Substance Abuse and Mental Health Services Administration anytime at 1 (800) 662-HELP (4357).