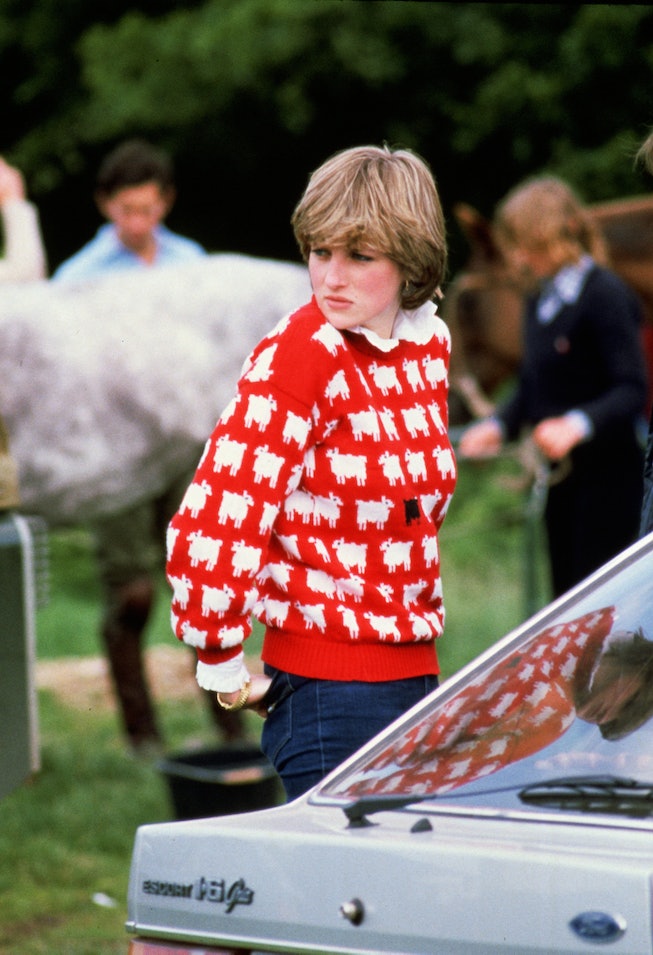 If you're the type of person who has a full vision board comprised of vintage Princess Diana street style looks, you might want to sit down. Rowing Blazers has released its first-ever women's collection inspired by the late royal, including a remake of her iconic sheep sweater.

The brand partnered with designers Joanna Osborne and Sally Muir, the creators of the Warm & Wonderful sweater that Diana wore during a 1980 polo match, as well as Gyles Brandreth, who co-created Diana's famous "I'm A Luxury" sweater. This is the first time since 1994 that Osborne and Muir's Black Sheep sweater will be released in an official capacity.

"Both of these sweater designs have been copied or referenced by others over the years (sometimes without crediting or acknowledging the original designers). But working with the original designers is exactly what makes this so special to me," said Rowing Blazers creative director Jack Carlson said in an official statement. "I can just picture them in their twenties, selling their jumpers to Sloane Rangers, pop stars, and royalty. I think there's a lot of nostalgia in the air right now, and of course a great renewed interest in Diana's style in particular."

The sweaters will retail for $295, coming in both men's and women's cuts, along with the full women's collection ranging from $48 to $795. You can shop the new collection on Rowing Blazer's website, as well as in-store at Rowing Blazers' New York flagship and Selfridges in London. Check out the full collection, below.