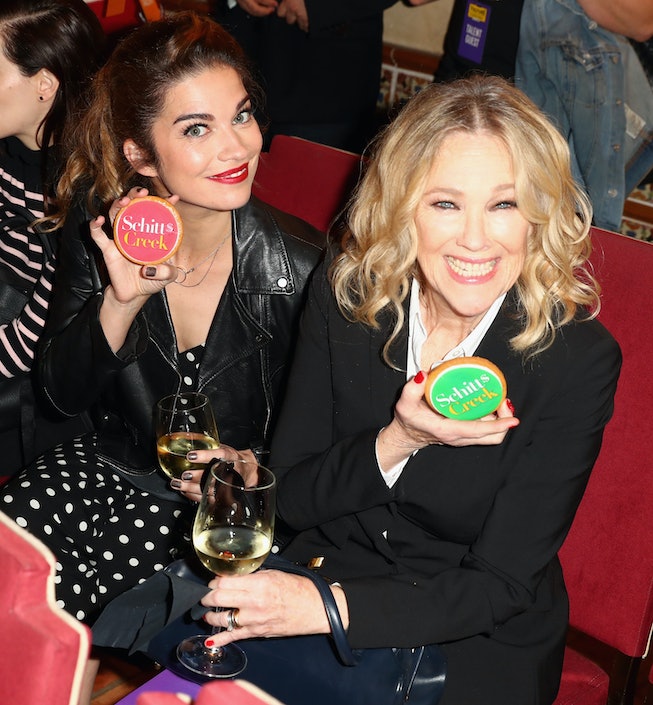 Halloween may still be visible in the rearview mirror, but this year calls for some early holiday joy. Canada's Hudson's Bay department store has just released its holiday campaign "A Call To Joy" with Schitt's Creek stars Annie Murphy and Catherine O’Hara.

Along with its video ad, the two actors spoke to The Kit about their holiday plans, as well as what they would gift their Schitt’s Creek characters, Alexis and Moira Rose. Frankly, this is the counter-programming the world needs right now.

"A production company, I suppose," O’Hara said of her gifting idea for Moira. "Or a theatre. No, a production company. And perhaps an acting school where she would grace everyone once in a while with her presence."

Murphy's present for Alexis will be particularly special for fans of the show, and those who are still holding out hope for an Alexis and Ted reunion.

"I'd buy her a ticket to the Galapagos," she said. "Just for a couple of weeks. A two-way ticket, just for a little visit."

Check out what's on the women's wish lists this season over on The Kit, and watch the video for Hudson's Bay campaign for some reassuring Canadian positivity, below.