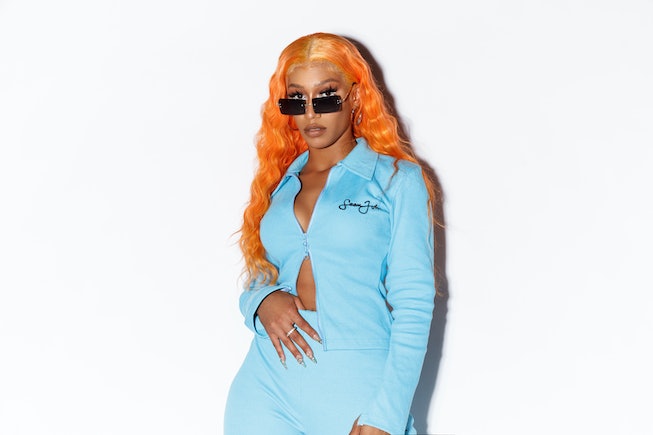 Everything old is becoming new again. Sean John is the latest brand to release a capsule collection based on some of its most popular styles from the '90s and 2000s. The brand has teamed up with Missguided for the collection, its first-ever collaboration in womenswear.

Sean John, founded by Sean Combs aka Diddy aka Puff Daddy aka the man who made a group of aspiring musicians walk to Brooklyn for a cheesecake, became a celebrity staple in the late '90s and into the new millennium. Rihanna, Jennifer Lopez, Pharrell, Naomi Campbell, and many more have all starred in Sean John campaigns or worn the brand, known for its streetwear styles, like velour tracksuits and puffer coats. Diddy even won the CFDA Award for Men's Designer of the Year in 2005.

Sean John is the latest brand hoping to find success during the current wave of mid-aughts fashion nostalgia. Juicy Couture recently partnered with Kappa on a collection including its famous velour sweatsuits, while Von Dutch announced this week that it would be rebranding with luxury denim.

The Sean John x Missguided collection, which features over 100 products, is available now on Missguided's website. Check out images from the campaign, starring rapper BIA, below.