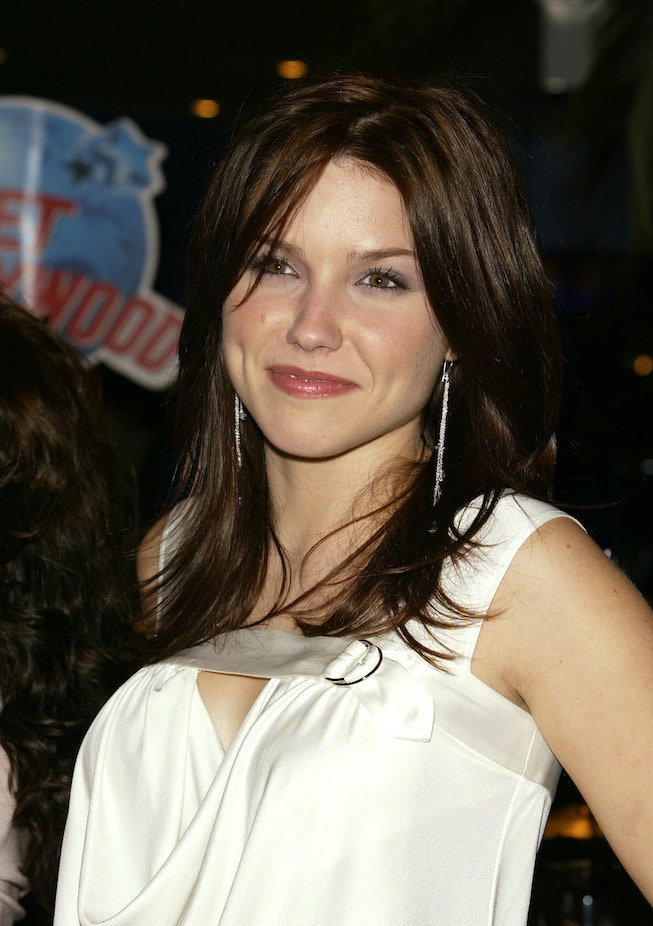 Sophia Bush is cleaning out her closet for a good cause, and turns out she's been holding on to some good stuff. The actress has teamed up with thredUP to auction off some of her clothes for the "Shop Her Closet" series on Instagram, including pieces she wore during her tenure on One Tree Hill.

Bush's auction, which kicked off Thursday at 11 a.m. ET, is only available for 24 hours, so fans who are hoping to snag a piece of Brooke Davis' sartorial history will have to act quickly. Up for grabs is a sparkling Forever21 jacket she wore during the series, as well as a signed cast chair cover and basketball. All of the proceeds from the auction will go toward Feeding America.

"Going through my momentos was such a special trip down memory lane ... lifelong friendships, laughs, and learning. It feels really meaningful to give these items one final squeeze and share them with people," says Bush in an official statement. "One of the items thredUP is auctioning off that I'm most excited about is the cropped jacket that was made for the Season 5 "Clothes Over Bros" campaign photoshoot — one of my absolute favorite moments on set with the ladies!"

The online bidding process might be the easiest shopping experience you've had in a while. All you need to do is comment on the image of the item you're interested in with your bidding amount on Instagram. Winners of the items will be announced next Monday.

Whitney Port and Becca Kufrin have already taken part in thredUP's "Shop Her Closet" auctions, and Lauren Bushnell and The Bachelor’s Bekah Martinez are currently on deck to follow Bush in the coming weeks. To learn more about the auctions, and how you can make your bids, read thredUP's announcement over on Medium.