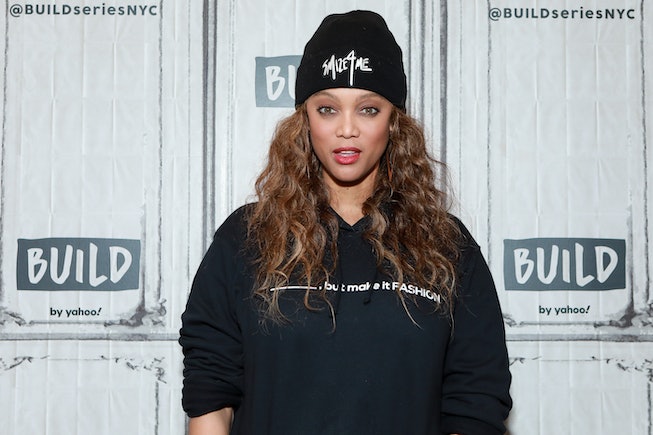 Twitter users have been reflecting on America's Next Top Model recently, and they are not happy. It all started last week when a clip from season six resurfaced showing Tyra Banks telling eventual winner Danielle Evans that she needed to close the gap between her teeth in order to be a marketable model.

"Do you really think you can have a CoverGirl contract with a gap in your mouth?" Banks told Evans, who said she did not want to close it. "It's not marketable."

Evans elaborated on the moment in a video on Instagram saying, "I knew that I was basically set up and not being told that Tyra wants me to get my gap closed so that it's good for TV."

Since then, other Twitter users have brought up old moments from the show that look less-than-great through 2020 eyes, including having white models wear blackface and having one model whose friend recently died pose for photos in a cemetery.

The outcry has finally made its way to Tyra Banks herself, who responded to the backlash on Twitter on May 8.

"Been seeing the posts about the insensitivity of some past ANTM moments and I agree with you," she wrote. "Looking back, those were some really off choices. Appreciate your honest feedback and am sending so much love and virtual hugs."