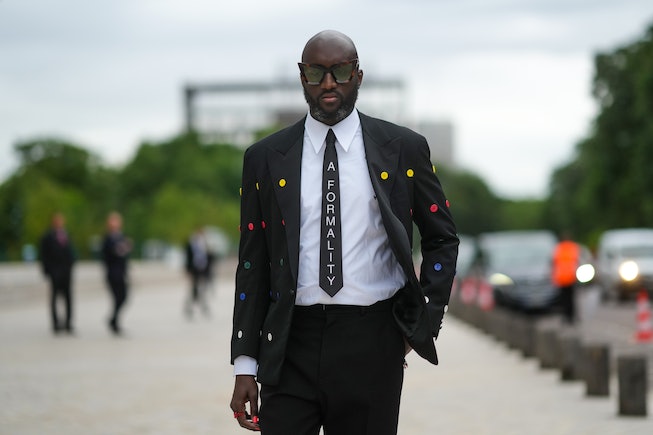 Virgil Abloh is taking on a new job at LVMH. In addition to being artistic director of Louis Vuitton’s menswear, role that he has held since 2018, Abloh will now work with the luxury conglomerate to help launch new brands and foster its existing partnerships outside of fashion, including wine and spirits and hospitality. “Initial discussions have already begun,” according to an LVMH press release.

“I’m incredibly excited to work together with LVMH on other possible collaborations — an evolution of the great relationship I have had with LVMH, Bernard Arnault, Michael Burke at Louis Vuitton, and others,” said Abloh in an official statement. “I’m also honored to use this partnership to deepen my longstanding commitment to expand opportunities for diverse individuals and foster greater equity and inclusion in the industries we serve. This is an incredible new platform to take the disruption we’ve achieved together to a whole new level.”

If there’s anyone who can help expand LVMH’s presence, it’s Abloh. The designer has been prolific with his varied (and unexpected) collaborations, from teaming up with Nike on coveted sneaker collections to redesigning Evian water bottles and venturing into home decor with Ikea.

Plus, LVMH has now acquired a majority stake in fashion luxury brand Off-White, founded by Abloh in 2013 alongside the Milan-based New Guards Group, which will still be responsible for the label’s production, marketing, and distribution. The licensing agreement is expected to last until at least 2026, according to BoF.

“For nearly a decade, we’ve been building Off-White™️ to be a brand designed to empower our generation and challenge the status quo,” said Abloh. “LVMH brings to the table the additional firepower and scale to accelerate our momentum and evolve Off-White into a truly multi-line luxury brand.”