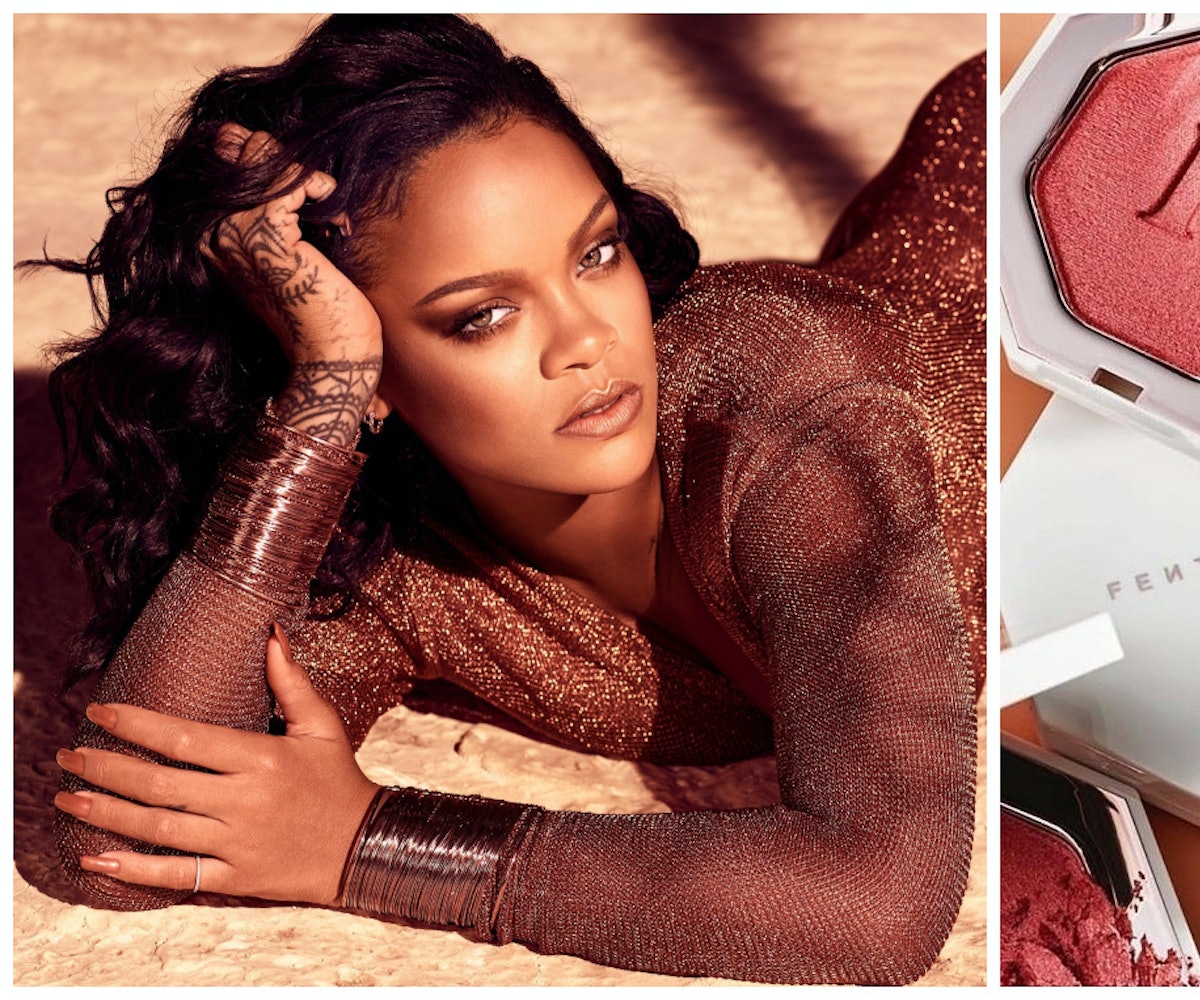 Fenty Beauty has removed its new Killawatt Highlighter in shade 'Geisha Chic' from stores after being called out on social media for the use of the word "geisha."

The highlighter, which would have launched this week along with two other shades, was announced on the brand's Twitter in a since-deleted post. Following the announcement, many of the brand's followers pointed out that the product's shade name played into the Western stereotypes which fetishize Geishas.

As one user notes, "Geishas aren't meant to be sexy, they're highly educated and trained hospitable entertainers who teach others about Japanese culture." Further identifying the problem with the shade name, the comment reads, "Geishas have been fetishized and sexualized by Western society without any regard for Asian culture and the actual role of a geisha."

"Explain why Asian targeted racism gets glossed over," reads another comment. "It feels even worse when it's from another marginalized group."

The shade has since been pulled so that the brand can rename it, meaning that the shade will still become available, just not this week. Fenty Beauty has reached out to people who called out the problematic shade name, sending DMs that tell users that "we hear you." "We wanted to personally apologize," the DMs continue. "Thank you for educating us."

Though this isn't a mistake that should have been made in the first place, Fenty Beauty and its team's response is a model of how to rectify such kinds of mistakes.