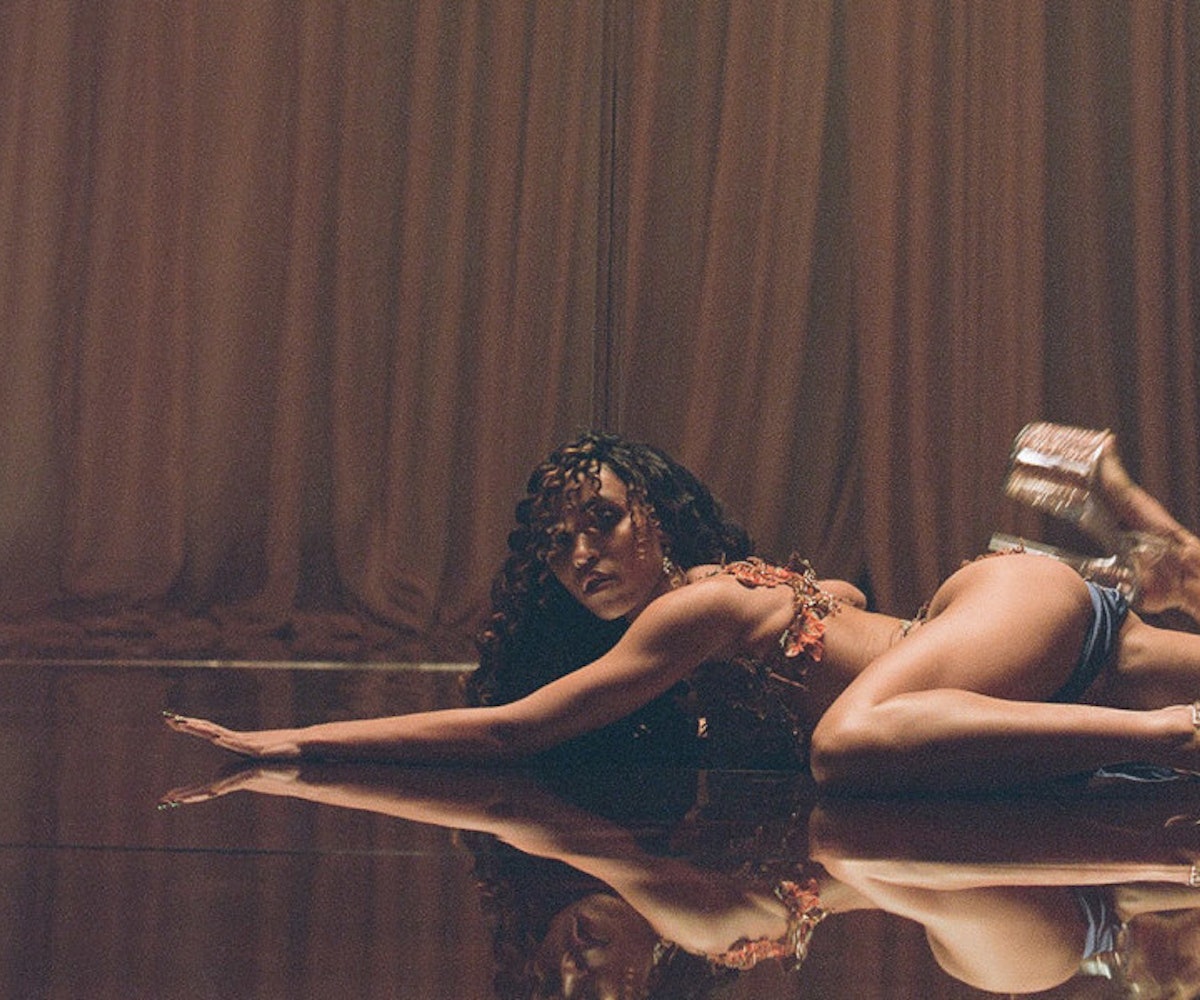 Just over a month following FKA twigs' grand return with new single and video "Cellophane," the artist has invited fans to take a look into the year of training that led up to the release of the visuals. In partnership with WePresent, she's released the new short-film Practice, in which she delves into her inspiration for the video, as well as offering candid moments from the strenuous physical activity that went into learning pole dancing for the song.

Immediately, twigs begins explaining the juxtaposition of the visuals upon the lyrics. "Sometimes when I write something that's really vulnerable, like, 'Didn't I do it for you?/ Why don't I do it for you?' like, in the center of myself, I know that's a very human feeling," twigs shares. "So when I thought of the video concept, to be asking somebody, 'Didn't I do it for you?'whilst doing these amazing tricks on the pole... To me, there's almost something humorous about that. I'm sure that other people won't see it that way but to me, it's sick and it's funny and it feels powerful." There is a strong sense of irony in watching twigs effortlessly twirl and climb the pole in costume while absolutely gutting us with the lyrics, so clearly she was successful in executing her vision. She further explains that the actions were meant to, in a way, assert her own worth in spite of her ex-lover not seeing it: "I'm more than enough. You can't even handle it," she adds.

From there, we're transported to the dance studio, and see twigs in her more physically vulnerable moments. While she may look effortless in the final product, here, she collapses to the floor after executing a particular mood, informing her trainer that she's on her period and "can't deal with it," which, same.

Twigs' breakdown of her daily routine is incredibly strenuous, combining at least two hours on the pole with cross training and a strict protein-heavy diet. "It's all very well me going and doing a three-minute routine, that's easy," she shares in the video. "But the difficult thing is knowing that you have the stamina and the strength to do be able to do that three-minute routine for eight hours, and that's something different." Twigs adds that she still has the mentality of a backing dancer, "third row back on the right... When you're in that position, you don't want to be the one making somebody have to do another take."

Watch the entire behind-the-scenes film, below.