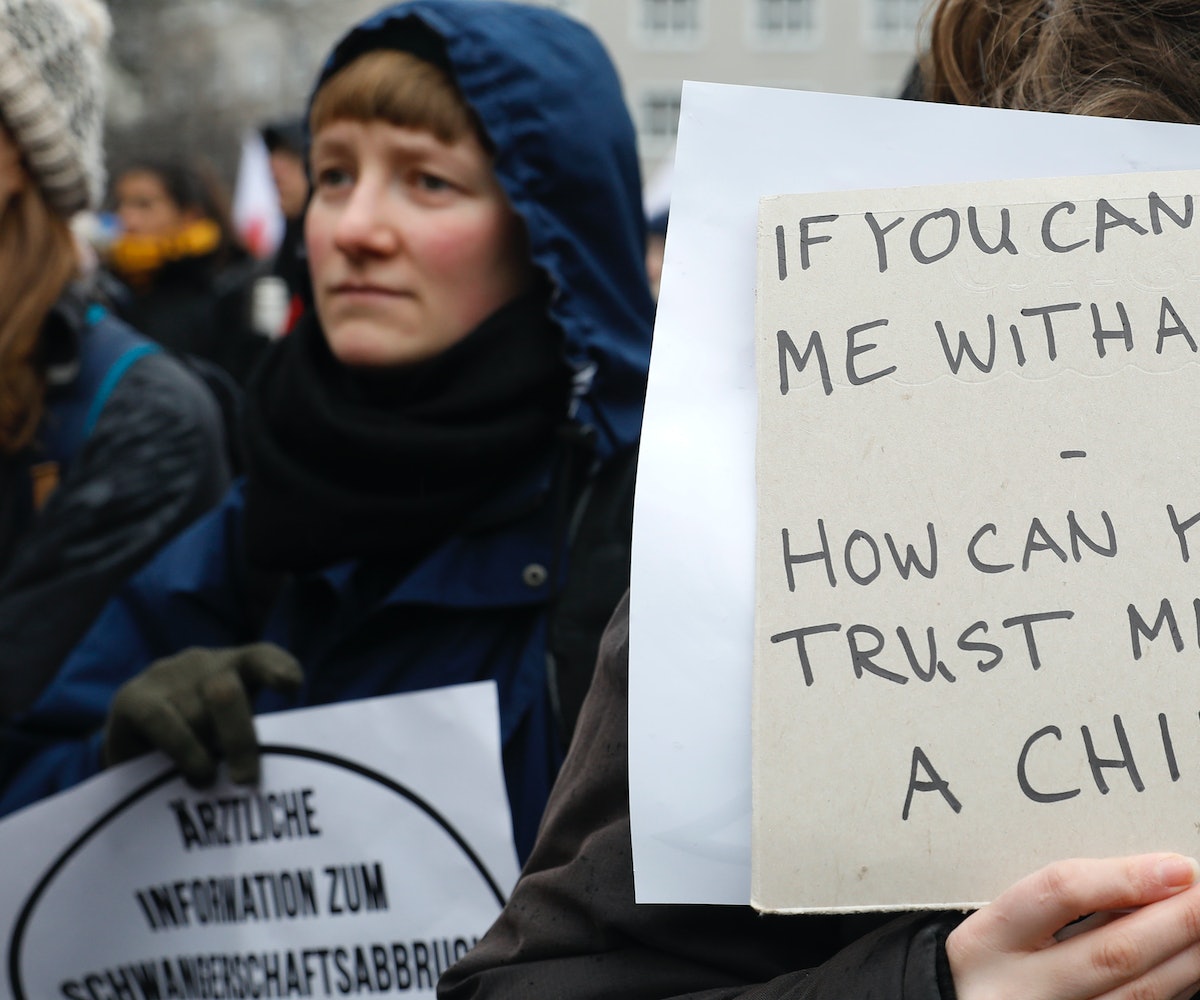 A proposed Florida bill would make minors who want to have an abortion prove to a judge that they are "mature" enough to undergo the procedure, because, apparently, you have to be more mature to have an abortion than you do to birth and raise a child.

House Bill 1335 was introduced on March 5 and has since been approved 10-4 by the Florida House Health Quality Subcommittee. The bill is now awaiting a vote in the Judiciary Committee. If passed, the law would turn Florida from a notification state to a notification and consent state for abortion. This means that, rather than simply being forced to notify a parent or guardian of the decision to have an abortion, minors would also have to obtain notarized written consent.

Minors who do not obtain consent from a parent or guardian will have to plead their case before a judge to petition them for a waiver, according to this new bill. They must provide "clear and convincing evidence" that they are mature enough to make the decision to terminate a pregnancy in order to obtain this waiver. Factors to be considered will mostly consist of disputable things like "ability to accept responsibility, emotional development and ability, credibility and demeanor as a witness, ability to assess both the immediate and long-range consequences of the minor's choices, and overall intelligence." You know, things that are hard to prove.

In a statement to Newsweek, Kim Scott, the director of public policy for Planned Parenthood of South, East, and North Florida, criticized the bill. "This bill is only going to disproportionately disenfranchise the young people who are in dangerous situations," she said. Further, she points out, "if that judge doesn't deem you mature enough to have an abortion, that judge is deeming you mature enough to have a child, and that is daunting." She also notes that minors already do "overwhelmingly" involve their parents in the decision to have an abortion and, if they don't, it's likely because they have unhealthy family relationships "and in some cases, it's their parent who impregnated them."

The pro-life legislators on the Florida House Health Quality Subcommittee who have passed this bill are majority male, because men just love to legislate what women do with their own bodies.