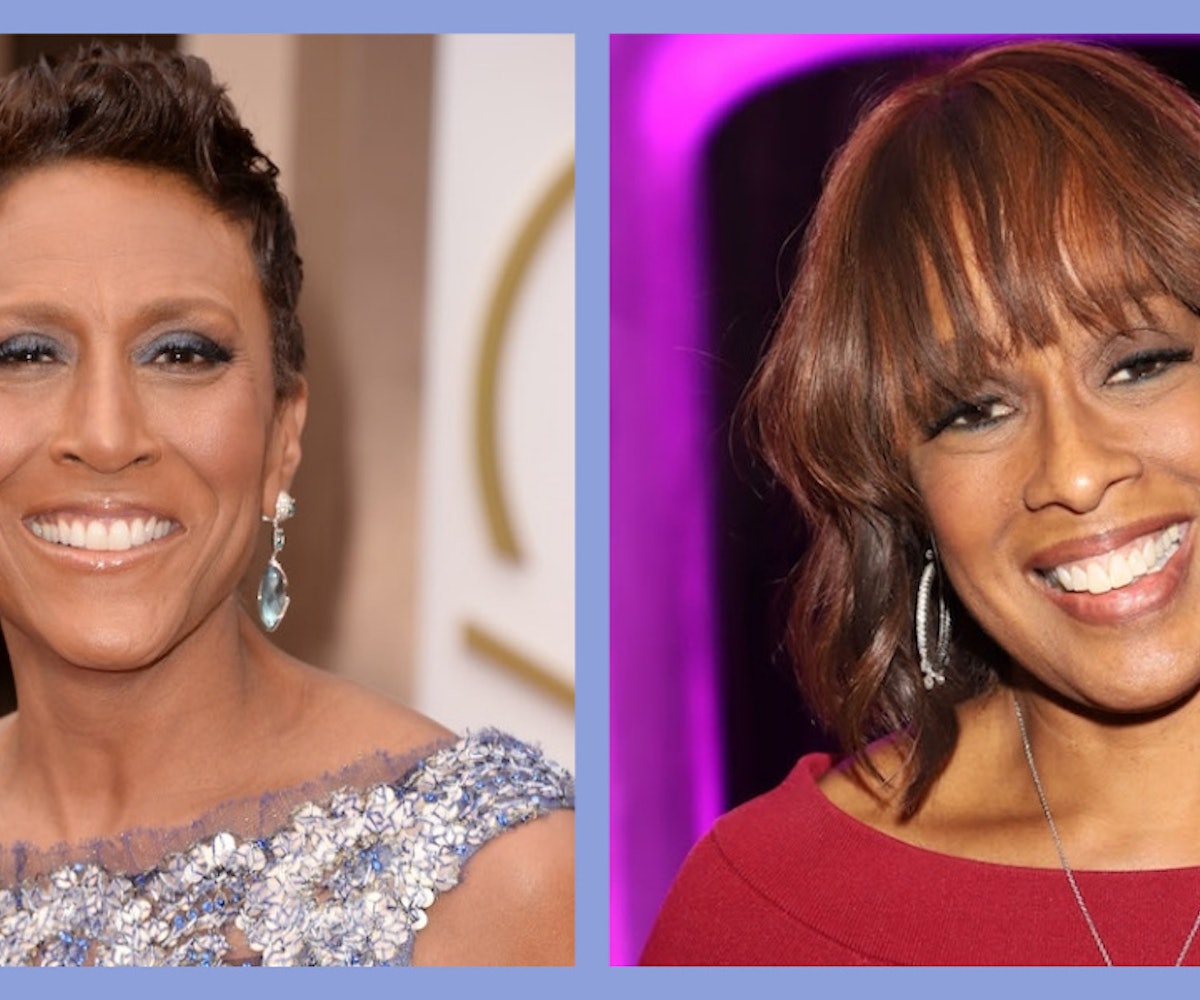 Watters was corrected in real time by commentator Dana Perino, who jumped in saying, "That was not Gayle King. Robin Roberts did the Smollett interview." Watters then apologized multiple times, even holding up a whiteboard later in the broadcast featuring a marker-scribbled apology to both anchors.

As his momentary perceived embarrassment was quickly followed by his and his coworkers' ability to laugh it off, Twitter users were quick to note the underlying racism of the mixup. Jemele Hill of The Atlantic tweeted, "That awkward moment when you realize all black women anchors don't look alike."

Others on Twitter turned their attention to the only Black anchor present, Juan Williams, who tried to pivot the conversation elsewhere as Watters began apologizing.

Just yesterday, King made headlines for being stoic in the face of Kelly's hysterics as he attempted (and failed) to spin the narrative in his favor.