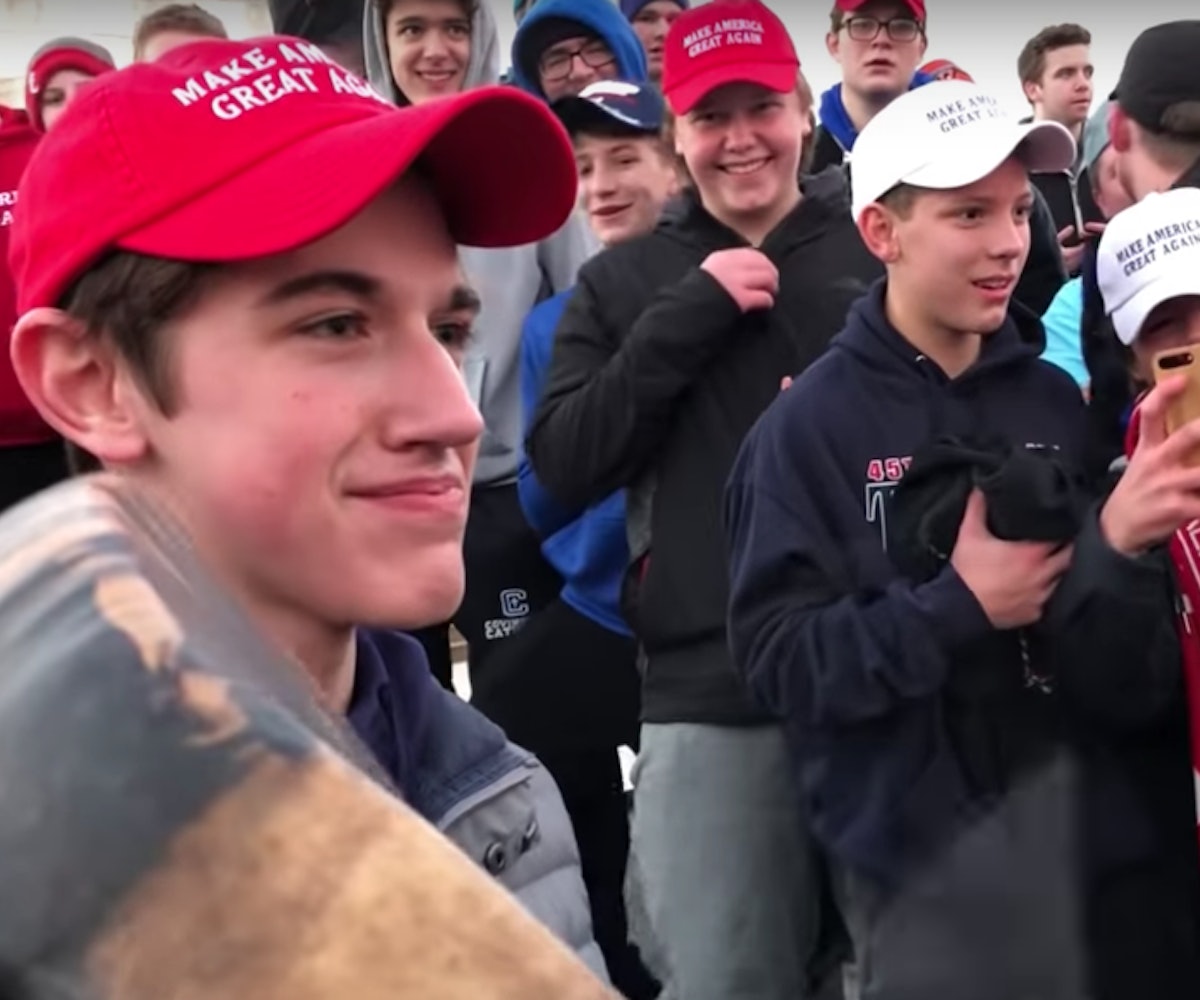 The hosts of Fox News' The Five believe that judging the teens in MAGA hats who taunted an indigenous elder is comparable to judging a victim of sexual assault based on what they were wearing at the time of the crime.

In a clip which went viral on social media, the hosts of the show seemed to call the people who are calling the MAGA teens racist hypocritical. "What kills me is the idea [that], if you're wearing something, you had it coming. We've learned that that's not what you say to people," said host Greg Gutfeld.

The commentators then brought up the fact that the MAGA teens aren't adults, as if their age absolves them of their racism. "The nerve to say that to a kid, too. Imagine if you were saying that to a woman," continued Jedediah Bila. "That's that line, 'Oh if you were wearing a skirt like that, you deserve it,' it's crazy."

While The Five is right in that it is completely wrong to judge a woman for wearing revealing clothing while an act of violence is committed against her, it's definitely not comparable to a person being judged for wearing a MAGA hat while doing something racist.