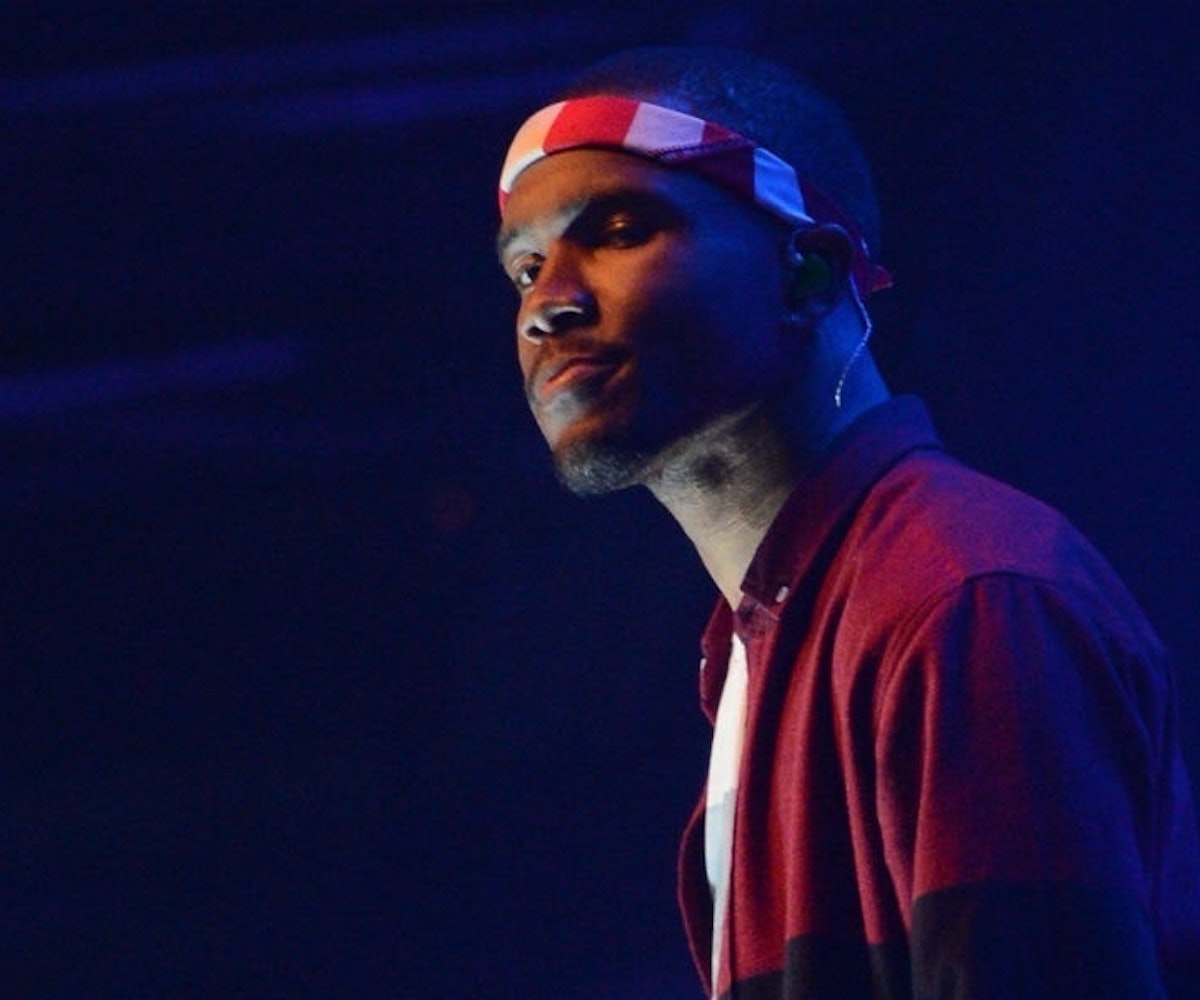 In a rare move, Frank Ocean opened up to Gayletter for the publication's 10th issue. Topics ranged from rock climbing (he's been doing it for years), not fucking with major music companies, and dating while famous.

On the latter, he says that he's never used dating apps and has been in a relationship for three years. "I don't think I would use dating apps now," he says. "I fuck with Marc Jacob's philosophy on that, so I wouldn't rule it out, but it is a little hectic being a famous person on dating apps." We're not sure what Jacob's exact philosophy is, but we do know that he said goodbye to Grindr back in 2015 after it was revealed he apparently had a 10-person orgy. "It was fun for 'group' get togethers, but, what really excites me is my work!" the designer, who got married earlier this month, wrote in an Instagram post announcing his departure from the app.

Anyway, back to Frank. He also shares that he's making an effort to do more interviews and apparently reached out to Gayletter for the opportunity. "I thought, What do I actually like? What do I actually read and connect with? And your guys' magazine is one of those things." He adds: "I don't know if it's terribly calculated, but I'm just trying to put myself more into whatever kind of stream is going on here in culture. I don't think my feelings about press have anything to do with how times are changing. I think it's more a feeling."

He also casually drops that he's hung out with the president before (Barack Obama, not the guy in office now) and that he's learning French and spending time in the studio. Ocean then takes the last seconds of the interview to clear up something very important: How tall he is. "Well, my Wikipedia says I'm 5'10", but I'm 6'1", so listen, we have to correct the kids on my height. [Laughs] It's really affecting my future, blocking my shine." We wouldn't want that, now would we.

Read the interview in full over on Gayletter's website.