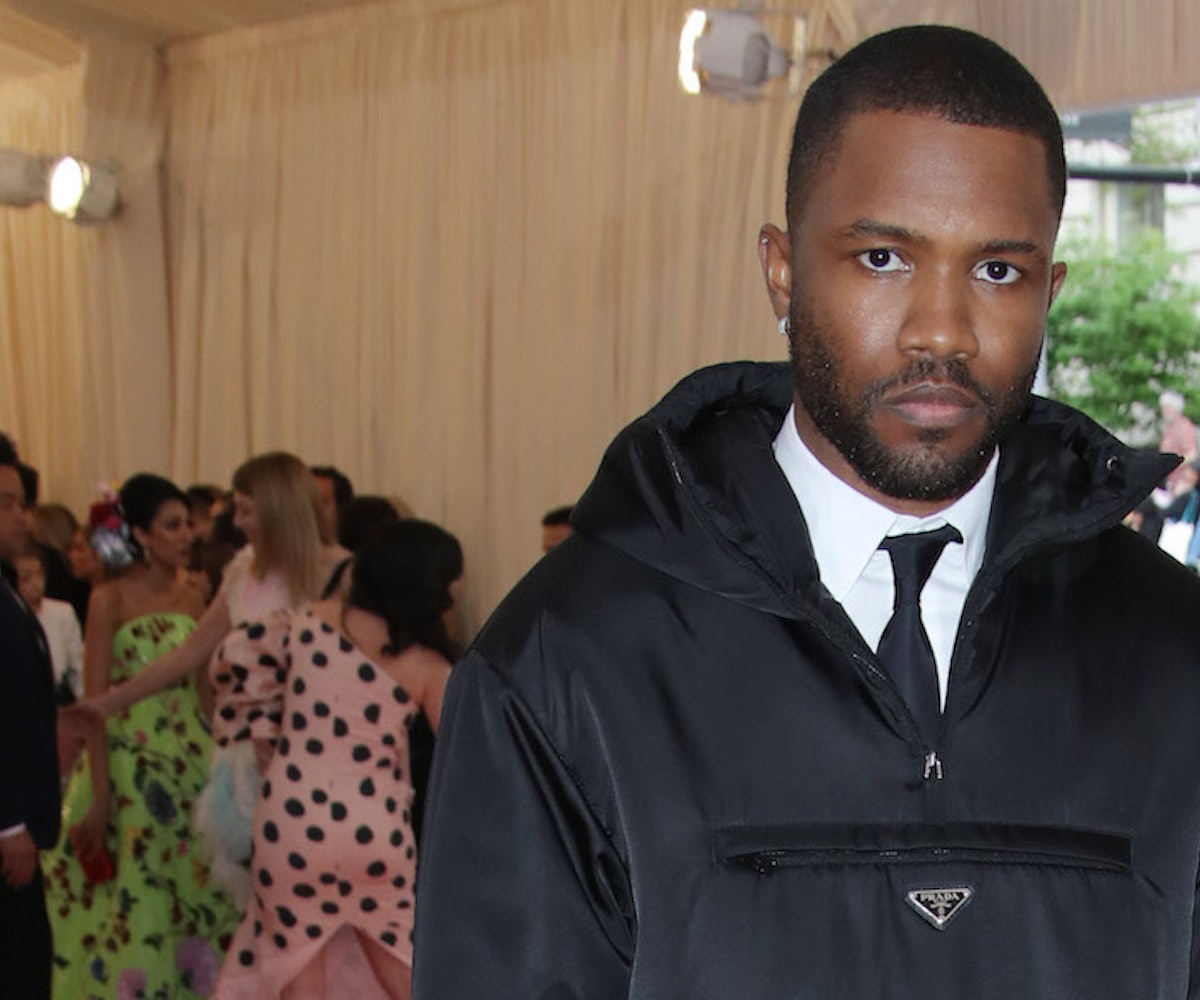 Frank Ocean's recently announced nightclub series PrEP+, which debuted in Queens on Thursday night, has drawn criticism from the queer community, for both its title and its overall concept. On Friday, the artist published a statement to Tumblr addressing some concerns, though ignoring others. He began by stating outright the series is "not funded by Gilead Sciences," the maker of PrEP+, before going on to explain his reasoning behind the party series name.

Club culture around late 70s and 80s nightlife in NYC was a special, much talked about and written about thing. From the star studded midtown clubs like studio 54 and the first danceteria to the downtown clubs like Mudd + paradise garage. The figures, the music, the looks, the lack of regulation haha. I recognize NY wasn't all lasers and disco lighting and that simultaneously, there was a lot of crime and poverty and that a huge part of club culture, the gay community, at that time were being wiped out by HIV + AIDS. Now in 2019, there's a pill you can take every day that will at a better than 90% chance prevent you from contracting HIV. This pill was approved by the FDA in 2012. The pricing strategy behind it is malicious in my opinion and so it's public perception is marred and rightfully so. But the fact remains that despite price being a very real barrier to this potentially life saving drug for some, the other very real barrier is awareness. I decided to name, what was otherwise going to be a night of lights and music inspired by an era of clubbing that I loved PrEP+ because while designing the club which is inside of an old glass factory basement in Queens (shoutout to The Basement that runs a very awesome techno night on Fridays after us) I started to imagine in an era where so many lives were lost and so much promise was lost forever along with them, what would it have been like if something, anything had existed that in all probability would've saved thousands and thousands of lives. I'm an artist, it's core to my job to imagine realities that don't necessarily exist and it's a joy to. A couple days before we threw the party, I was discussing this subject with my team and one of the architects I work with thought that PrEP as a drug had reached '100% saturation' so far as awareness. I thought he was dead wrong so I asked a friend (who I won't name haha) if he knew what PrEP was and his response was 'isn't that some type of viagra or something'. My ex who I was with for several years didn't know about it when we first met at a gay club in LA. Awareness isn't always what we'd hope it would be. But anyway, I'm ranting. I'm happy that folks are talking about the subject in the first place. Thank you to everyone who came out and danced with us last night. Y'all were beautiful and the energy was right! Thank you Bouffant Bouffant, Sango, Justice and Sherelle for your sets last night they were soo good man. Oh one more thing, I saw someone say that this was a PR stunt etc etc, pshhh bitch pls come get a drink next time and I'll put several barstools out so you can have as many seats as you need. All my love everybody really. Stay safe.

Despite the original announcement saying photos and videos would not be allowed, much of the event was recorded by professional crews. Unlike the clubs and parties of the '80s, PrEP+ tickets were digitally distributed to select invitees, and were not open to the queer public as a safe, celebratory space.

While advocating for awareness around HIV prevention is positive, Ocean's response did not acknowledge the discomfort queer critics had with his revisionist attitude towards the club scene of the '80s, during which the gay community was devastated by HIV and AIDS; at the time Ocean was referring to, the Ballroom scene was at its height. Posing the idea of this party — a club in this era that had PrEP+ — erases everything that came before its invention. As Charlene Incarnate wrote on Twitter, "PrEP+ came after 30+ years of death and carnage in our community, grassroots organizing, and fighting a bureaucracy that was glad to let us die. You can't just say what if we had it the whole time? And then fill the room wall to wall with breeders."

Additionally, the invention of PrEP+ is not a universal fix for the crisis; it's a prohibitively expensive drug, and not everyone is privileged enough to be able to afford it. It would perhaps be more appropriate to imagine a future where all have open access to necessary preventative drugs without worry of economic burden, rather than project that on a difficult, but vibrant queer history and erase decades of struggle. As writer Evan Ross Katz said on Instagram, "Look, if we want to have a conversation about HIV, let's work on the present-day stigma, not a rewrite of a history that is ours to learn about, not 'fix.'"