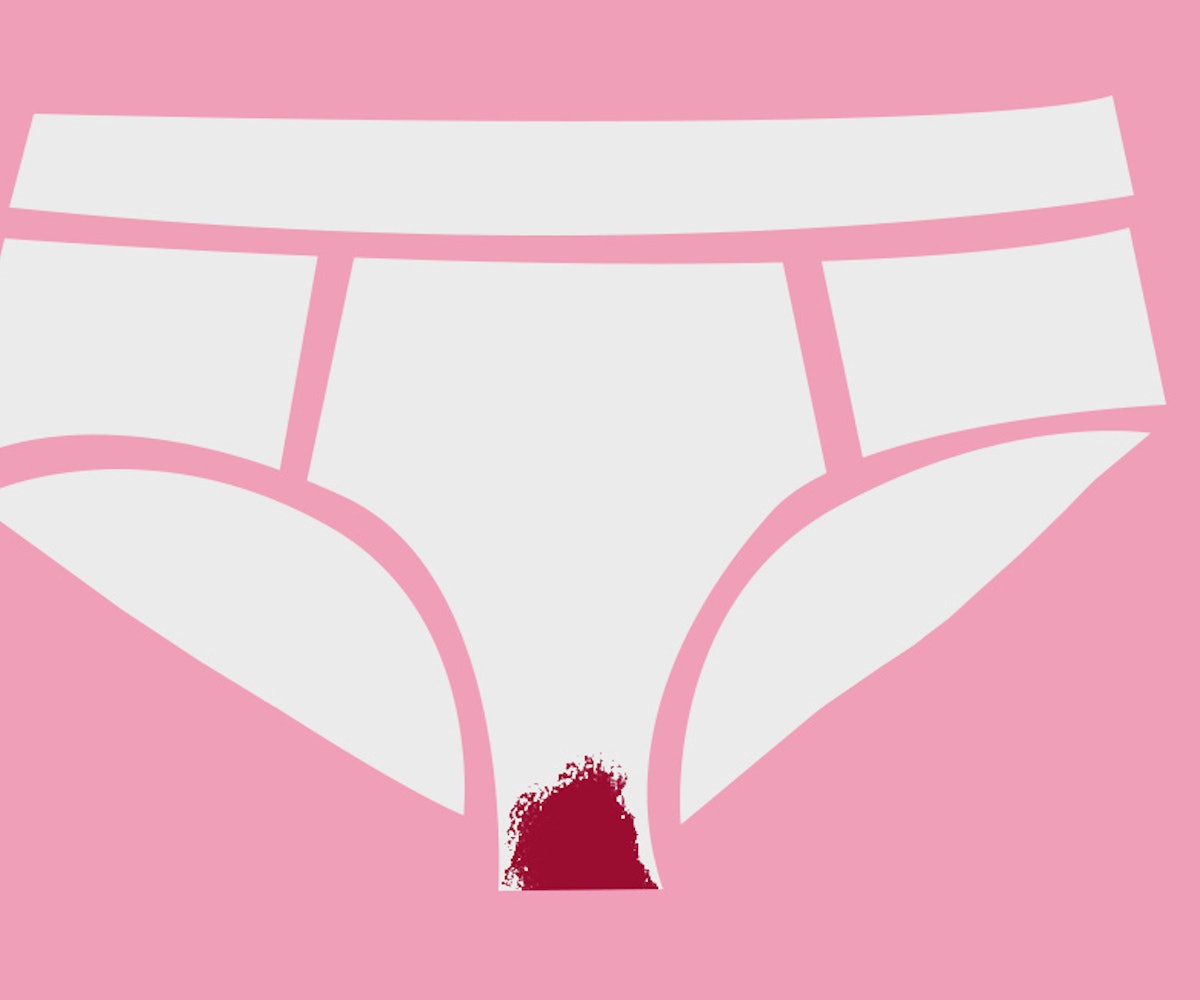 I originally began to look into tampon alternatives after I started a new medication for depression—it fucked with my cycle (and everything else). This medication made it difficult to use tampons, thanks to a newly unpredictable cycle and bleeding pattern.

I needed to find an option that my body agreed with, without adding another medication to my daily routine. I'm kind of squeamish, and so menstrual cups intimidated me, but so-called "period underwear" like Thinx felt like something I could get behind. It's true that there was a point when I thought "free bleeding" was something people did as performance art, but I also had become more and more aware that tampons and menstrual pads are not the only options out there, and that free-bleeding was something anyone could easily do.

And it was easy. At first, I'd assumed I'd use my period underwear as a backup layer to tampons when my period was heavy enough to make them necessary. But soon it became much easier to just throw on a pair and hope I didn't bleed all over everything I touched that day—and I didn't. It was so convenient to use them, that it even made me momentarily forget that I'd have to clean them.

Cleaning up blood spilled accidentally from periods past had always, for me, been embarrassing and subconsciously shameful, even if I'd only stained my sheets and I was living alone. At first, as I held the Thinx above the sink to rinse them at the end of the day, I'd begin to feel the same things—a learned discomfort with my own blood, not from my inherent queasiness, but from something deeper. But then, month after month, as I watched the water in my sink change colors, what started as an unspoken and even shameful part of my life as a menstruating person, began to feel natural and simple; even empowering. At the risk of sounding heavy-handed, being forced to interact with my period in such a tangible and visible way—not simply tossing a plastic wrapper quietly into the waste bin or sliding a backup tampon up my sleeve as I made my way across the office to the bathroom—helped me normalize my own body and menstruation in a way that no campaign or bit of writing ever could.

There's something so liberating about being able to put on a garment and, save for the inevitable cramps and spells of weepiness that come over me, not have to think about my body's natural functions until I returned home at the end of the day. In that way, my body and my period became more personal as well, as the public fuss (even though it played out internally) was removed entirely, giving me a sense of freedom that was more than I'd ever thought possible.

NEXT UP
Astrology
January 2023’s New Moon In Aquarius Is All About The Big Picture
Culture
Caroline Polachek In KNWLS & More Party Photos You Missed
Culture
Loewe’s Howl's Moving Castle Collection Is An Anime Dream
Culture
6 Shows To Binge Once You've Finished 'The White Lotus'
Style + Culture, delivered straight to your inbox.