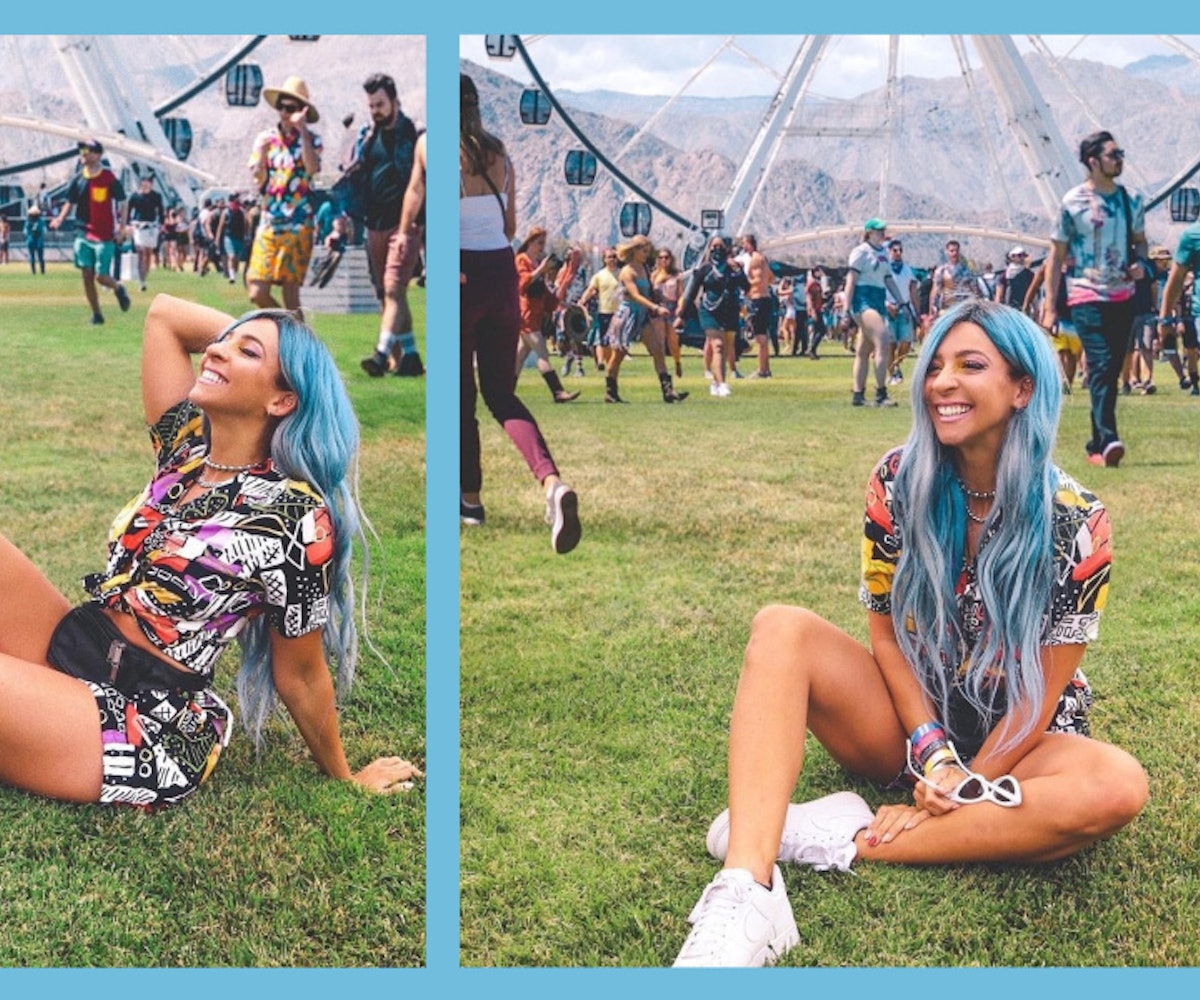 Now that Coachella is over for another year, one influencer lifted the curtain on the reality (or lack thereof) of some social media posts from the festival. Instagram and YouTube influencer Gabbie Hanna faked her trip to Coachella—and filmed the entire process.

On each day of Coachella's second weekend, Hanna posted images edited by @kellansworld to make it appear as if she was staying in Palm Springs and rocking colored wigs to Kanye West's Sunday Service and around the festival grounds, while she was really staying at a friend's house. Now, her captions have been edited to note that she was never actually there—"OOPS i faked it all!"—and advertise her new YouTube video which shows how and why she did it.

In her video, she explains how she was inspired to concoct such an elaborate scheme. Leading up to the festival, she says, "it seemed like a lot of people weren't looking forward to Coachella," noting the "weeks of preparation and thousands of dollars into outfits, hair, makeup" and more that go into going to the music festival, in some cases, according to her, "just for Instagram pictures." She refers to it as an "investment," which can sometimes lead to a huge influx of followers for influencers, but adds, "It feels like a lot of work for something you're not enjoying."

Later in the video, she explains that this all goes to show just how easy it is to fake these things on social media. "People look at people on Instagram and social media, and they think, Wow their life is impossibly perfect, that body that vacation that car so much of it's fake, and that's okay," she states. "I'm not shading anybody who does that on social media because it is a viable career but for an average viewer who's just watching these things and is firing for these things, just know that those things aren't always as attainable as they seem."

Watch her entire video, below.