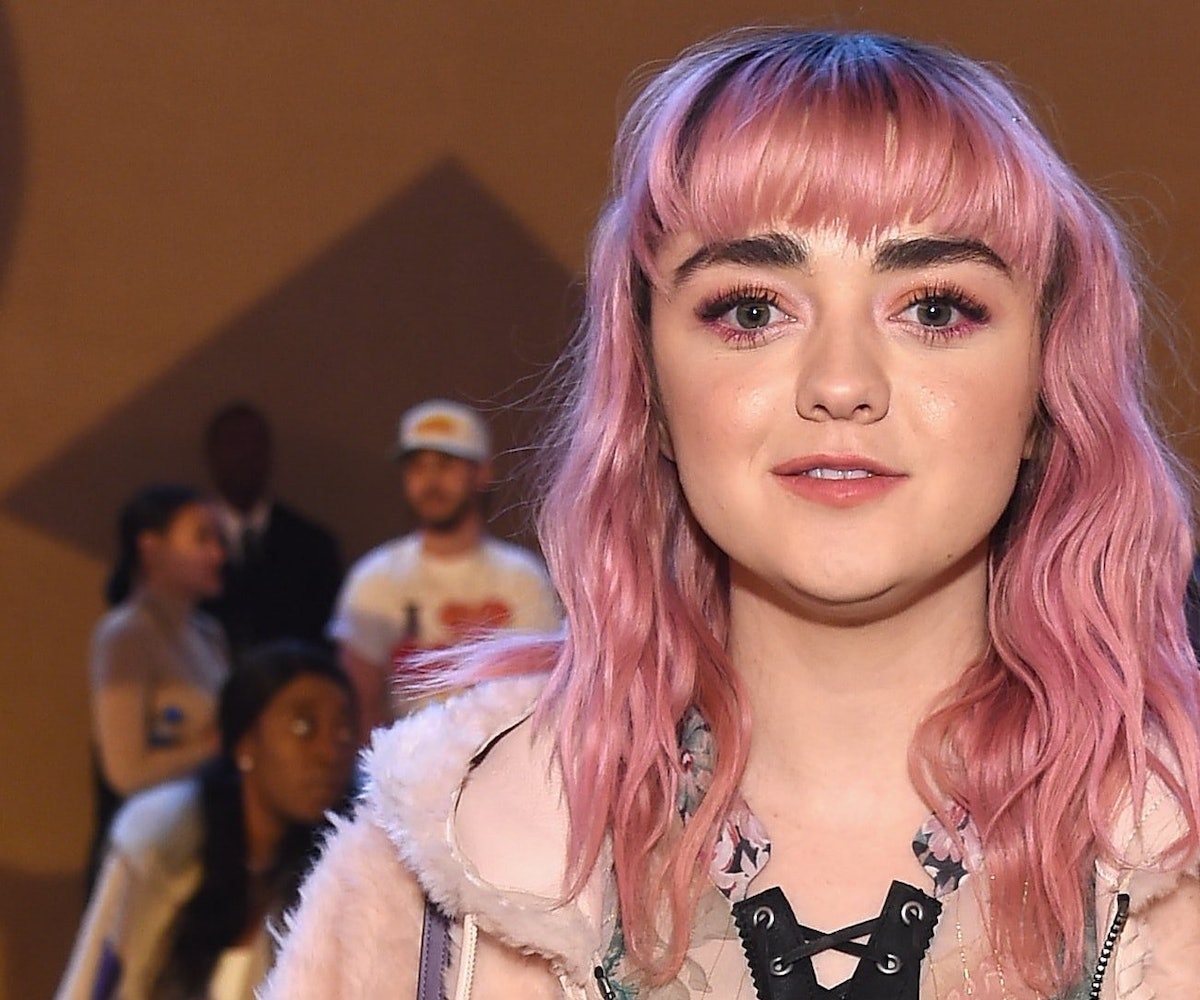 Apparently, the cast of Game of Thrones has a WhatsApp group chat where they post hilarious photos of each other. Maisie Williams, who plays Arya Stark, spilled the news at the Glamour Beauty Festival in London this week.

According to the actress, "We have a Game of Thrones WhatsApp, and people just post really funny pictures of one another from various seasons." You know it's probably filled with meme-worthy moments from the show, what with all the action and drama. What I wouldn't give to be added to that chat!

Williams admits that the cast agreed not to post the photos online, but (fortunately for us) she doesn't seem to want to keep the maybe embarrassing shots all to herself. "I think there was a rule these do not go on Instagram," she says, "but I'm definitely going to put them on Instagram." We only hope that this happens soon.

The eighth and final season of Game of Thrones will premiere on HBO on April 14, which means many more opportunities to spot new material to laugh over. We could already find several gems from the official trailer alone.