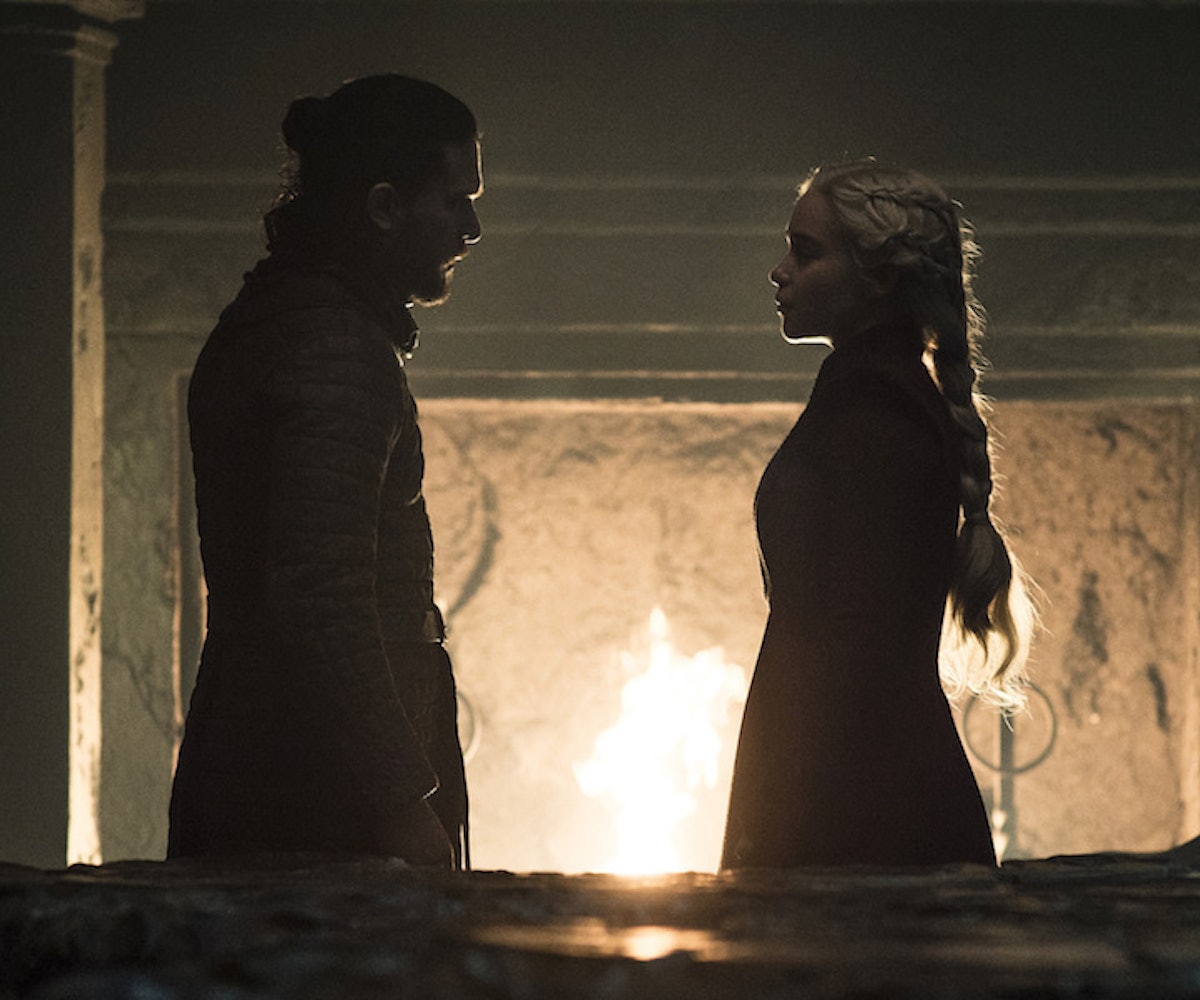 Spoilers for Game of Thrones season eight, episode five, "The Bells," ahead.

The fifth episode of Game of Thrones was a wild, fiery ride, and the internet rolled out memes to match.

Clearly, Dany didn't care about the lives of innocents and was set on leaning into the only thing she had left to back up her power: fear. Queue "Burnin' Up" by the Jonas Brothers:

What would Missandei have to say about all this? Yeah, she said "dracarys" to Dany right before dying, but did she really want the entire city to go up in flames? The internet doesn't think so:

Jon Snow is dumb for not seeing this coming, and his deer-in-the-headlights look throughout the battle was revealing of his changing feelings toward Dany. Siri, how does one unbend the knee to a Mad Queen?

Not only did this fiery dragon ride reveal Dany was not the fair ruler we believed her to be, but it revealed the extent to which the CGI team would go to make each and every last brick falling seem realistic. Maybe this is why there was no budget left over to let Jon pet Ghost goodbye.

Prior to Dany's new reign of terror, no one wanted to hear out any naysayers. That goes for Sansa, but especially Varys. He knew all along and wasn't going to stop spreading the word even if it meant going against the queen.

In the end, though, the truth would get him killed.

Meanwhile, Cersei's hubris has her perched up watching her entire city go down in flames, apparently not seeing any reason to run for safety until it's clearly too late. As she begins her descent amongst the falling stone rubble, The Hound hops up ready to take down his brother, The Mountain, with Cersei stuck in the middle. She wants none of it, and The Hound is too focused on his brother to care, so she just skedaddles past him.

Heading up to meet her is Jaime Lannister, fresh out of a fight with Euron that left them both bleeding to death. But, with the power of incestuous love apparently, Jaime was able to keep it together long enough to run to his sister's side? Plenty of fans expressed their distaste with the way Jaime's character development was thrown out the window in his final moments, and it seems that actor Nikolaj Coster-Waldau may have felt the same way.

Oh, you wanted a dramatic death for Cersei? Too bad, poor infrastructure will get her instead of Arya.

Speaking of Arya: She realized she needed to get the hell out of there before she was crushed under the rubble too. She was knocked out and bloodied up in the chaos, but somehow wound up on horseback and riding through the piles of dead bodies out of King's Landing when all was said and done.

But you best believe Arya is not happy with Dany and has bumped her to the top of her kill list.

Meanwhile, Sansa is back in Winterfell waiting for the moment to say "I told you so." You know Arya will spill all the tea as soon as she makes it back with her horse.

As the show comes to an end, it just keeps getting harder to believe that it hasn't lost its way, and Emilia Clarke's reaction to her final scenes is starting to make so much sense now.