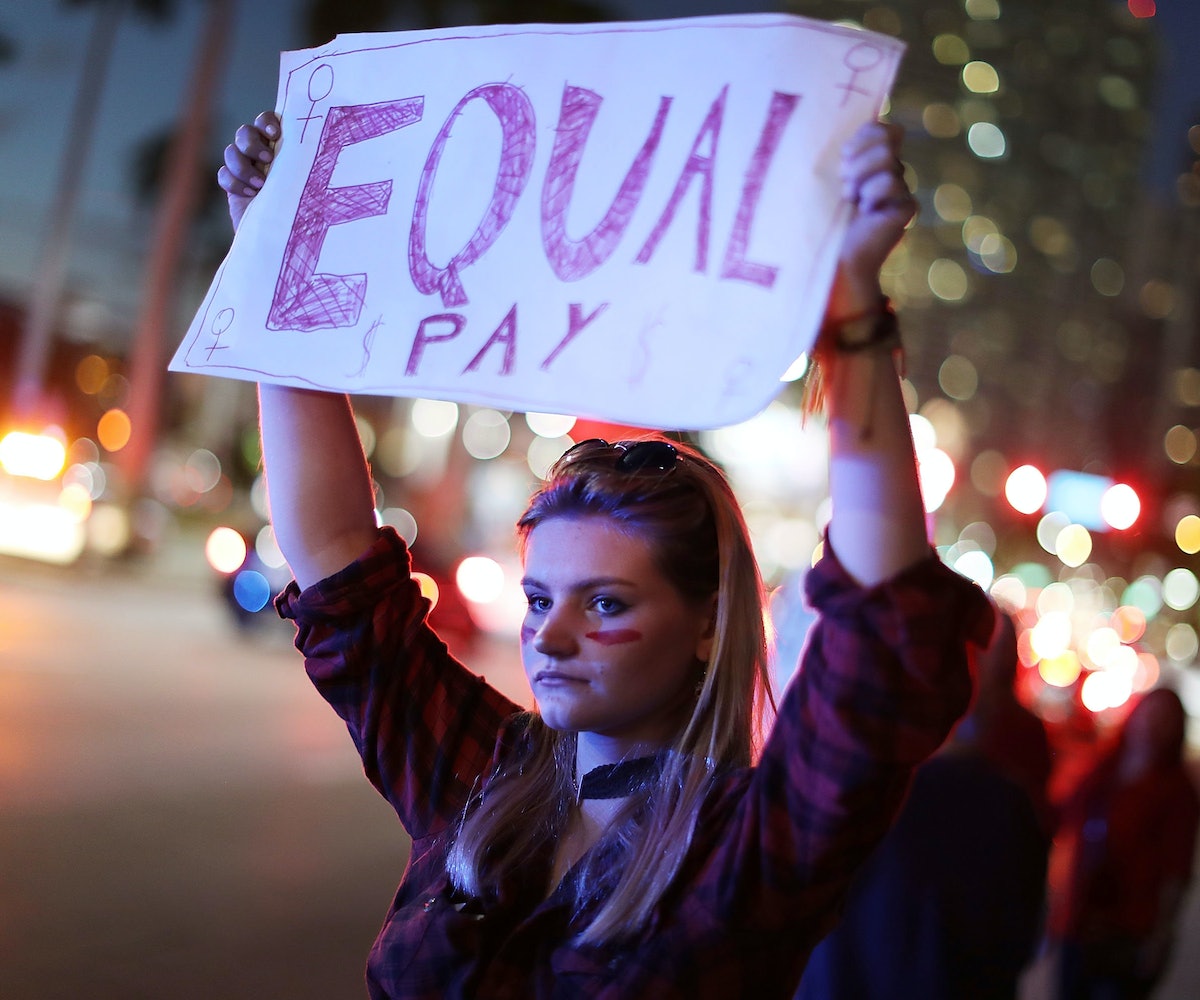 Great news: By the time the gender pay gap closes, I'll be a spritely 225 years old. Hoping that medicine advances enough in my lifetime to keep me alive and working that long, so I can finally get the same compensation as a man would for the same work.

According to a report from the World Economic Forum that was published on Tuesday, the gender pay gap is set to close in just 202 short, short years. It compiled findings from 149 countries to make this prediction, noting that it was a slight improvement since last year's findings, so at least we're (very slowly) moving forward instead of backward.

Anna-Karin Jatfors, regional director for UN Women, notes that, obviously, "202 years is too long to wait" for pay equality. "What we're seeing globally is that we don't have any country that's achieved gender equality, regardless of level of development, region or type of economy. Gender inequality is the reality around the world, and we're seeing that in all aspects of women's lives," she continues.

If that seems bleak, you may be comforted by another prediction in the report, which says the overall global gender gap "across education, health, economic, and political systems" is due to close in 108 years. Maybe baby girls born today will be able to live to see their own daughters being valued as much as men have been.

If you want to have the possibility of experiencing equality without having to become immortal, findings from the report suggest you should move somewhere other than North America (where it will take 165 years). If current rates of improvement are maintained, it says, the overall gender gap will close in less than a century in three regions: Western Europe (61 years), South Asia (70 years), and Latin America and the Caribbean (74 years).