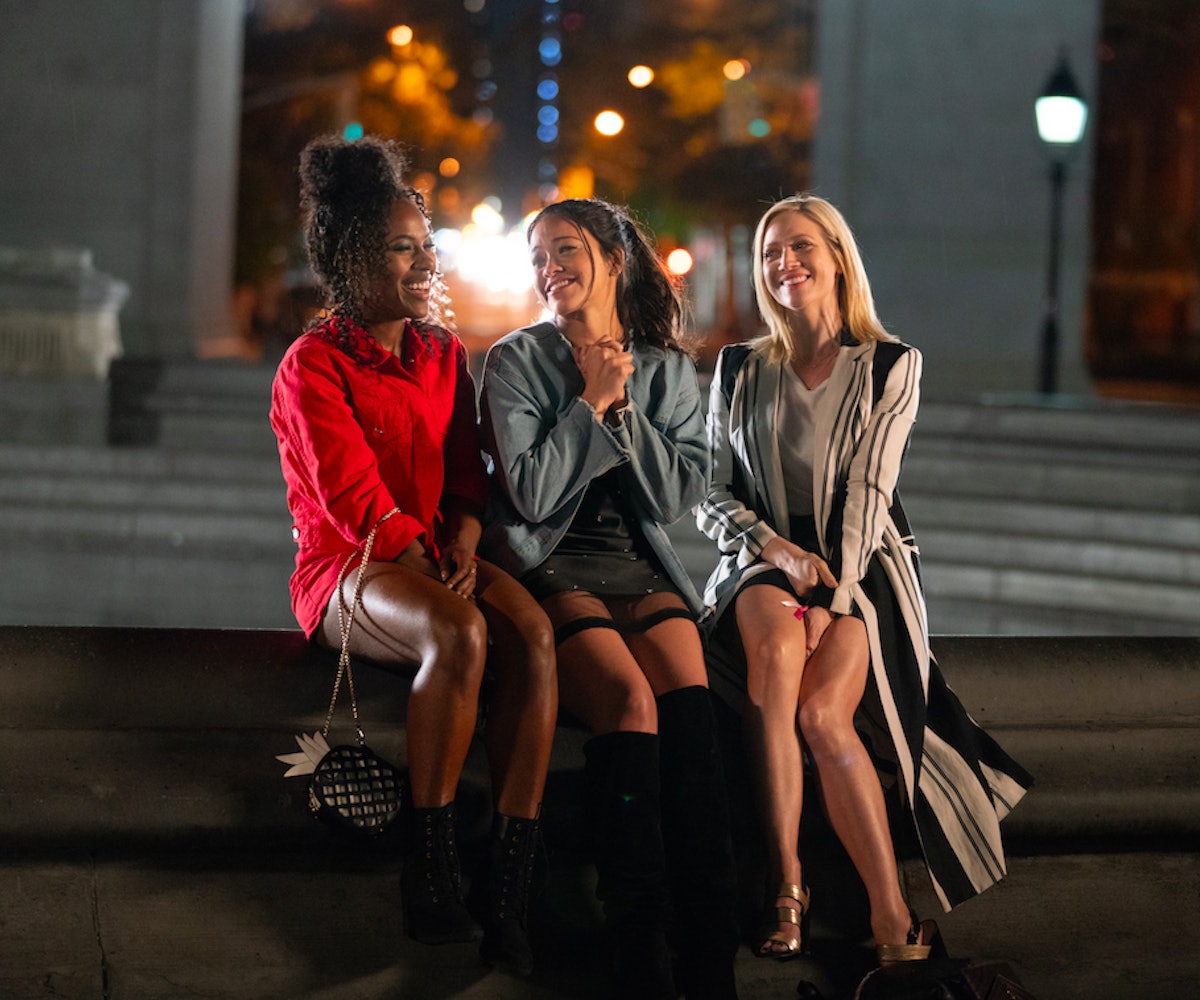 The ultimate breakup comedy (brom-com?) is coming to Netflix. Someone Great, starring Gina Rodriguez alongside Brittany Snow and DeWanda Wise, shows that a killer group of friends is much better than any man.

Rodriguez plays the adventurous and career-driven Jenny, who lands her dream job at a top magazine out in San Francisco. When her boyfriend of nine years (Lakeith Stanfield) isn't ready to take a leap of faith and leave his life in New York City, their relationship comes to a tragic end.

But it's her relationship with her loyal best friends that Jenny ultimately finds is more important. Brokenhearted and stressed about moving her life to San Fransisco in a week, she turns to her friends Erin (Wise) and Blair (Snow) for one last epic day (and night) together before she moves.

The trailer is equal parts playful, funny, and heart-wrenching, leaving us wishing Jenny didn't have to leave her friends and NYC. The trailer does end with a hopeful clue that maybe she doesn't have to say her goodbyes after all. With the help of RuPaul, who appears to give her some life advice, we're left thinking that things may be looking up.

Someone Great is set to premiere globally on Netflix on April 19. Watch the hilarious trailer below.

NEXT UP
Culture
The Madonna Biopic Is Being Scrapped
Culture
Phoebe Dynevor Will Not Return for Bridgerton Season 3
Culture
Kaia Gerber Won’t Stop Until She’s Cast As Patti Smith In A Biopic
Culture
The 2023 Oscar Nominations Full List Is Here
Style + Culture, delivered straight to your inbox.