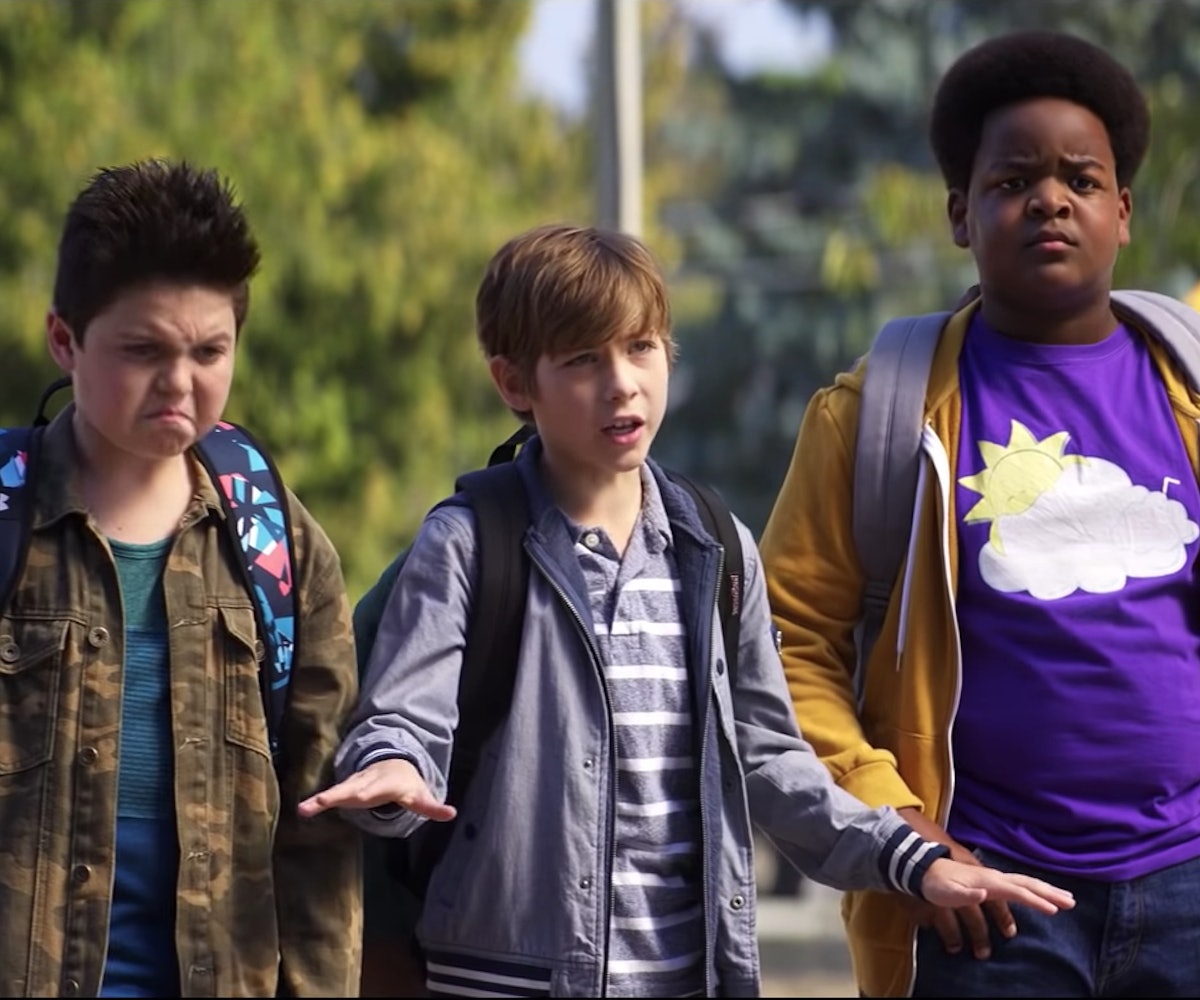 The first trailer for Seth Rogen's new film Good Boys was released today, and it has me thrilled that I'm not in middle school anymore.

The film follows sixth grader Max (Jacob Tremblay) and his two best friends, Thor (Brady Noon) and Lucas (Keith L. Williams). When Max gets invited to his first party by a more popular student, he enlists Thor and Lucas to help him learn how to kiss, since he's never done the deed before and they all agree that he can't show up to the party without an understanding of how to.

In the beginning of the trailer, Rogen makes an appearance to tell the actors that they're not allowed to watch the red band trailer for their own movie, shedding light on the hypocrisy of the young boys being able to act out things that they're not allowed to watch. "There's drugs, there's violence, there's swearing, and although we've decided it's okay for you to do these things in the movie, you can't watch yourselves do them in the trailer," he says. "Welcome to Hollywood."

Watch the first trailer for Good Boys, below.